A voice to stir the spirit 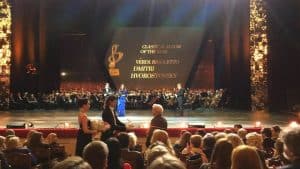 On March 11, Russia’s BraVo International Professional Music Awards announced the DELOS label’s recording of Verdi: Rigoletto as the 2018 Classical Album of the Year. The BraVo Awards are regarded as Russia’s Grammys. The landmark Rigoletto recording, conducted by Grammy-nominated maestro Constantine Orbelian, features the late baritone Dmitri Hvorostovsky in the title role, along with an all-star supporting cast, the Kaunas City Symphony Orchestra, and the men of the Kaunas State Choir. 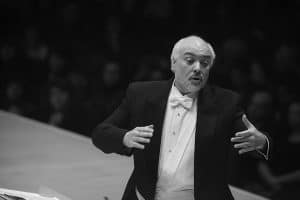 Constantine Orbelian is a globally acclaimed pianist and conductor, and an Honored Artist of the Russian Federation. Since June 2016, he has helmed the National Opera and Ballet Theater of Armenia (the Yerevan Opera House) as its General Director and Artistic Director.

We caught up with Orbelian in London, where he had traveled to attend the Royal Opera’s Dmitri Hvorostovsky Memorial Concert on March 18.

Q – For more than 25 years, up till your appointment as General and Artistic Director of the Yerevan Opera House, you were a central figure in Russia’s musical life — as Music Director of the Moscow Chamber Orchestra and the Philharmonia of Russia, and as a frequent guest conductor with other top Russian orchestras. Can you describe your feelings when your recording of Verdi’s Rigoletto won BraVo’s Classical Album of the Year Award? 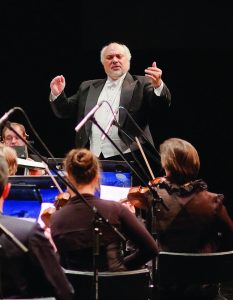 A – My musical journey in Russia was extraordinarily intense. Scrolling back to October of 2000, I met with Dmitri Hvorostovsky in New York to discuss a recording contract with Delos Productions (the recording company with which I work). We began producing our first recordings in the summer of 2001 and continued until the summer of 2016. Our recording of Verdi’s magnificent opera Rigoletto took place in Kaunas, Lithuania, where I am the Chief Conductor of the Kaunas City Symphony Orchestra. Tragically, Dmitri had been diagnosed with terminal brain cancer in June of 2015 and after that diagnosis he told me that his dream was to record Rigoletto, which was his signature role for many years and a role that he had performed at the greatest opera houses of the world. So I was determined to fulfill his wishes on the highest possible level. 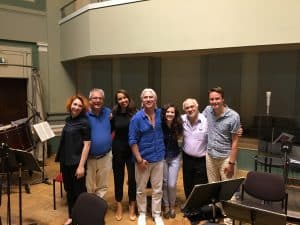 Any recording with Dmitri would require a stellar supporting cast. Luckily, in July of 2016, I was able to assemble a top international cast, which included the glorious American superstar soprano Nadine Sierra, and Francesco Demuro, the excellent Italian tenor.

Sadly, given the time it takes to edit and master a full opera recording, the CD was released on the 10th of November 2017, but the CD copies didn’t reach London until the 22nd of November, the day Dmitri passed away. Therefore, even though he had heard the final edits, approved everything, and knew that the CDs were on their way, he never actually saw the finished product.

I was thrilled to learn that our recording of Rigoletto was chosen as Best Classical Album of the prestigious BraVo Awards in Moscow. The recording has been receiving wonderful reviews from top music critics around the world, but winning the award in Dmitri’s beloved home country, at the Bolshoi Theater, was extremely moving and touching. Dmitri’s parents were there to receive the award and the entire audience of the Bolshoi Theater gave them a spontaneous standing ovation. Everyone was in tears.

Q – Your collaboration with Dmitri Hvorostovsky stands as among the most celebrated in recent music history. With regard to the Rigoletto recording, what was your experience like working with Hvorostovsky, as well as the Kaunas City Symphony Orchestra and the Kaunas State Choir?

A – Working with Dmitri was a unique and extraordinary gift which fate brought to me. At the same time, the preparations for every concert or recording were always very intense, and I had a huge responsibility to prepare each and every orchestra to Dmitri’s extremely high standards. Luckily, Dmitri’s previous experience in working with the Kaunas Orchestra and Chorus was very positive, and we had recorded another signature role, Verdi’s Simon Boccanegra, in 2013. The Kaunas Philharmonic and administration of the Orchestra were extremely cooperative and helpful during the recording period, and our stellar recording engineers and producers Vilius and Aleksandra Keras are the best in the business.

Q – Opera News has described Hvorostovsky’s voice as “the best kind of embrace —exceptionally warm, powerful but not smothering, drawing you in and not letting go.” In technical and esthetic terms, what does it mean for a conductor to work with an outstanding baritone such as Hvorostovsky?

A – As I mentioned previously, working with Dmitri was a huge responsibility. My main objective in working with singers is to allow them to feel free — to give them support and the opportunity to express themselves fully and completely. I think that Dmitri always felt total support from me, and this enabled him to express himself at his highest level. Dmitri and I worked on many projects, and worked intensively every year for prolonged concert tours and recordings at the most important concert halls around the world. We traveled together and lived in the same hotels for many weeks every year.

Q – Hvorostovsky was also known for his extraordinary humility, his kindness to his colleagues and backstage workers alike. How rare is this in the world of opera? And do you believe that the big-heartedness of a star musician is actually conducive to the success of complex endeavors such as the public performance or recording of an opera? 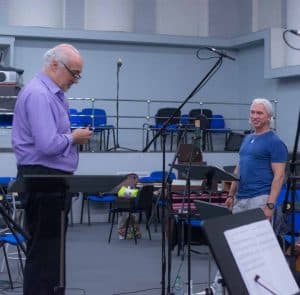 A – I have to admit that Dmitri was hugely demanding of himself and pushed himself to the limit — physically, musically, artistically, and dramatically. He adored working with colleagues who devoted their lives to their art, who were constantly searching for new, original, and, most of all, convincing interpretations of the famous operas in which he performed with his colleagues. He was always helpful to me and very thoughtful in his comments about various aspects of our collaboration. He knew that I would follow him no matter where his musical fantasy or emotions would take him in performance. Mutual trust and respect are vital to any friendship — especially a musical one, where so much is based on an intangible thread between the soloist and the conductor. Besides his striving for excellence in everything he did, Dmitri was unique (for stars of the opera stage) in that he was never late for a rehearsal and always 100% prepared. He appreciated it when his colleagues would respect each other with the same work ethic.

A – Dmitri became an overnight superstar when he won the BBC Singer of the World competition in 1989. Shortly afterward, he moved to London and became a star at the Royal Opera House in the next seasons. London was his home, the birthplace of his children, and the Royal Opera House witnessed some of his most important performances. Thankfully, some of them have been preserved on DVD. His longtime relationship with the extraordinarily gifted Music Director of the Royal Opera House, Antonio Pappano, was wonderful. They worked on many productions together and respected each other tremendously.

Q – Hvorostovsky has also appeared on the stage of the Yerevan Opera House with you, in 2012, thrilling audiences and critics alike. What were his impressions of performing in the Armenian capital? 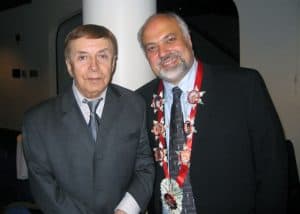 A – The first concert that we did together in Armenia, which took place with the Armenian Philharmonic Orchestra at the Khachaturian Concert Hall in September 2012, was of dual significance. Firstly, it was Dmitri’s first solo performance in Yerevan; and, secondly, Dmitri loved singing a song called “The Shimmering of the Birch Trees,” composed by my uncle, Konstantin Orbelian. My uncle was living in Glendale, California at the time and made the trip to Yerevan specially to perform with Dmitri that evening. During the performance of my uncle’s song, the entire orchestra had tears in their eyes, and, of course, I had tears running down my cheeks. It was memorable, historic, and very important for my uncle to be on the same stage with the most glorious and beautiful voice in the world. Besides, Dmitri’s incredible interpretations included not only arias from the great Italian, French, and Russian operas, but also songs by our beloved Arno Babajanyan, Aleksandra Pakhmutova—the famous Russian composer—and my uncle.

Our second concert in Yerevan took place on May 12, 2015, at the Yerevan Opera House. This was a very special event, as it commemorated the 70th anniversary of the end of World War II. We flew down from Moscow with the Orchestra and Chorus of the Ministry of Defense of the Russian Federation, and did the concert for the Armenian veterans of World War II and for the Armenian people.

After the concert, President Serzh Sargsyan awarded the Armenian Friendship Medal to me, and Minister of Culture Hasmik Poghosyan presented the Gold Medal of the Ministry of Culture to Dmitri.

Dmitri loved being in Armenia. Throughout his life, he worked with the best and most important Armenian singers on the international stages. His close friends and colleagues were Barseg Tumanyan and Gegham Grigoryan. Dmitri also worked with Gegham’s daughter, the phenomenal soprano Hasmik Grigoryan. They performed together in the fantastic staged performances of Rubenstein’s The Demon in Moscow in January 2015.