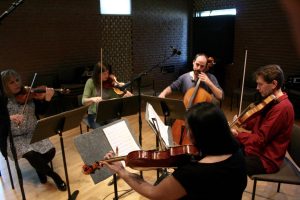 Ahead of their winter concert next week, ALIAS Chamber Ensemble visited Nashville Public Radio’s “Live in Studio C” program to perform music from their first Delos release, Boiling Point and fellow Delos artist Tracy Silverman dropped in to add some improvisation to the music of Kenji Bunch. 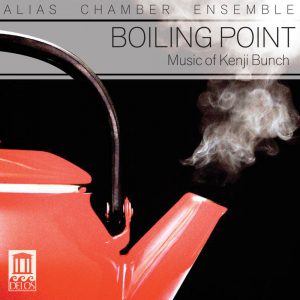 Composer Kenji Bunch has been attracting much attention lately, both nationally and abroad. Also a concert violist and bluegrass performer, his music offers an eclectic mix of roots music, modern rock and jazz–but mostly within the context of sophisticated classical form. The title piece, Boiling Point, (featuring a teakettle!), begins gently before coming to a hard-rock-style “boil”. The five movements of String Circle flirt with various types of classic roots music (ragtime, blues, country)–yet you know a classical voice is at work. Three other fascinating works round out the program. The Grammy® nominated ALIAS Chamber Ensemble is a forward looking group of 11 musicians (strings, winds, harp, etc.) that cultivates an “out of the box” approach to their programming. 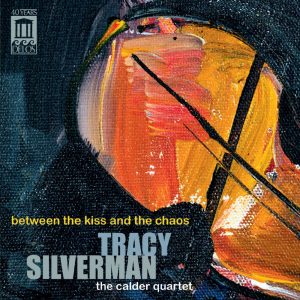 Between the Kiss and the Chaos

In this ear-­grabbing new release from Delos, we get to revel in both the compositional wizardry and the stunning electric violin virtuosity of Tracy Silverman: perhaps the leading exponent of his instrument. Like quite a few other leading composers of our day, he spices his heady creations with classic American genres like jazz and rock, achieving a fascinating contemporary fusion that will beguile a huge range of modern listeners.

Buy Between the Kiss and the Chaos