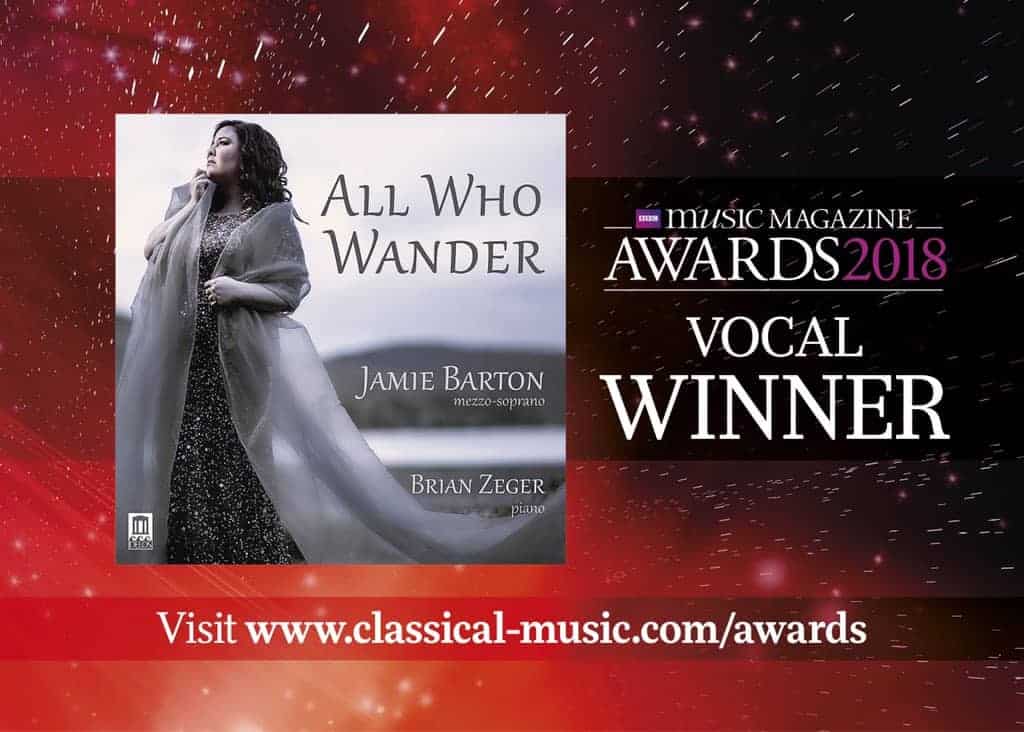 Jamie Barton and Brian Zeger’s All Who Wander is the BBC Music Magazine 2018 Vocal Award Winner!