AMBAR has an all new video, but that’s not all — Delos is celebrating this wonderful new video with a sale of all things Sasha Rozhdestvensky! Enjoy the video and then head over to The Delos Store to save 40% on either Tchaikovsky: Complete Works for Violin and Piano AND/OR AMBAR’s release El Diablo Suelto with the promo code “Sasha”! 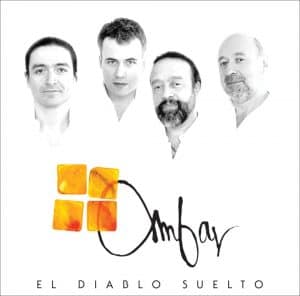 What does acclaimed violin virtuoso Sasha Rozhdestvensky do for fun, between concerto appearances and recordings with major orchestras worldwide? This delightful and infectious album is the answer.

Sasha and his three Colombian-born, classically-trained colleagues who form the group Ambar play South American dances – the Colombian Bambuco and Pasillo, the Venezuelan Vals, the Brazilian Choro, and the Colombian/Venezuelan Porro and Cumbia. Based in Paris, Ambar has caught on with European audiences, and performs at prestigious festivals and concert venues such as the Salle Gaveau in Paris. Two of the group are also experts in ethnomusicology; and all are passionate about Latin American music, as evidenced by these lively and sometimes nostalgic performances. Guitarist/recording artist Francisco Gonzales also gives presentations at music conferences about guitar and Latin American music. Guitarron virtuoso Nelson Gomez also founded the group Quimbaya in Mexico before moving to Paris. Flutist/percussionist Juan Fernando Garcia is also a professor at the Erik Satie Conservatory in Paris, and often gives master classes in Brazil.

Buy Direct from Delos w/Promo Code “Sasha” and save 40% 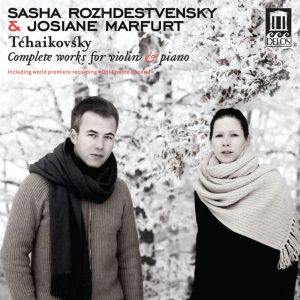 Listen to the Podcast with Lindsay Koob and artist Sasha Rozhdestvensky:

Buy Direct from Delos w/Promo Code “Sasha” and save 40%