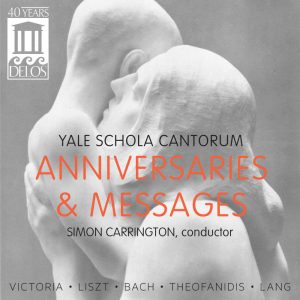 “Chorally, they don’t fool around at Yale… The Victoria Mass is lush, full-bodied, and gorgeously phrased… Christopher Theofanidis’s settings of texts by Whitman, Rumi, Yeats, and his friend Amy Kirsten are clever and highly personable, and this is as handsome a Liszt ‘Ave Maria’ as you’re likely to hear.” — Greenfield, American Record Guide