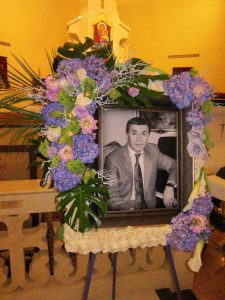 Maestro Constantine Orbelian reports on the State funeral in Armenia for his beloved uncle and namesake, composer Konstantin Orbelian

“Konstantin Orbelian, perhaps his country’s most successful composer after Aram Khachaturian, has died in Los Angeles, aged 85. His first symphony was premiered in Moscow’s Tchaikovsky Hall; his ballet ‘Immortality’ enjoyed sweeping success in the ephemeral Soviet Union. He was the uncle of a US conductor of the same name.” —Norman Lebrecht, Slipped Disc

Constantine Orbelian, Delos’ own resident maestro and Director for Artists and Repertoire, lost his cherished “Uncle Konstantin” last week, following a long illness. As noted by distinguished music writer Norman Lebrecht above, the elder Orbelian has long been revered as a composer and all-around musician, both in Russia and the land of his cultural heritage, Armenia. The Armenian community in Los Angeles was the first to commemorate his passing, with a memorial service on May 6, at the area’s Armenian Cathedral.

Konstantin Orbelian’s memory and exalted status as one of Armenia’s greatest-ever cultural icons was acknowledged with a lavish state funeral in Armenia’s capital city of Erevan on Sunday, May 11. His distinguished nephew, of course, was there to see his famed uncle laid to rest in the grand manner: his report is duly passed on below, so that you may share in this rare and moving experience.

But first, a few related incidentals. One of his close friends among the Armenian community in Los Angeles – where Konstantin made his home after emigrating to the US – put together a detailed and very well-done summation of his life and achievements: an effort that stands as a touching tribute that will be very much worth your while; you can peruse it right HERE. Delos also wishes to announce the release of two privately produced albums of Konstantin’s music in digital format in the coming months, so that all who would care to experience his art may do so. 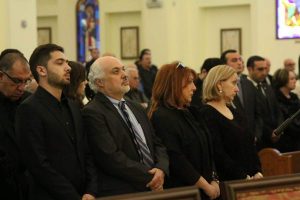 Nephew Constantine’s report on his uncle’s State funeral follows below:

I’ve never been to a State funeral as it’s done in the ‘old country’… so it was a very emotionally charged event.

The entire front of the Philharmonic Hall was draped in black fabric, and a huge poster was hanging on the side of the building with his photograph. There must have been 50 huge wreaths with condolences, from the President and Prime Minister, the Catholicos (the Armenian Pope), the Ministry of Culture, and various organizations including the Union of Composers.

The First Lady was in attendance, as were the Prime Minister and various other heads of state. Mourners filed through the foyer of the Philharmonic Hall for three hours, during which his songs and orchestral pieces were being played on the PA system.

Then, at the end, came several heartfelt speeches and a service conducted by the head of the Erevan Church. After the service, the coffin was carried outside, as a song of my uncle’s – in which he both sings and plays the piano – was heard over the PA system.

The entire mass of mourners followed the coffin to the end of the block – a distance of roughly 1000 feet – where a hearse was waiting to transport him to the cemetery. There, after another short service, he was buried … near the spot where his distinguished colleague and friend, Aram Khachaturian, is interred.

At the wake afterwards, endless toasts were raised to the Maestro – and everyone was able to mingle with friends and colleagues and exchange their memories of Uncle K.

These unforgettable events truly marked the end of an era here. 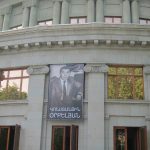 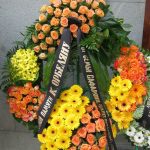 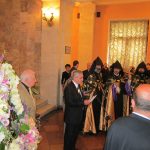 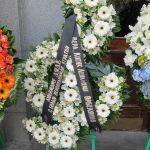 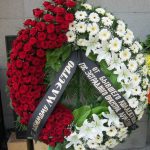