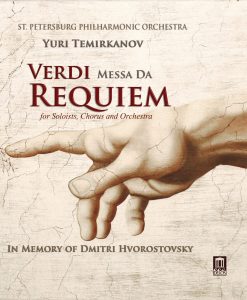 On December 19, 2017, more than 200 musicians came together in St. Petersburg for a heartfelt and moving musical memorial to one of our era’s greatest baritones, Dmitri Hvorostovsky. In a stunning performance of Verdi’s Requiem, the musicians revealed the emotional depth and resplendent beauty of this colossal masterpiece.

Fortunately, the dramatic performance was captured on audio and video and is available TODAY on DVD, Blu-Ray and digital download from Delos!

Get Your Copy Today