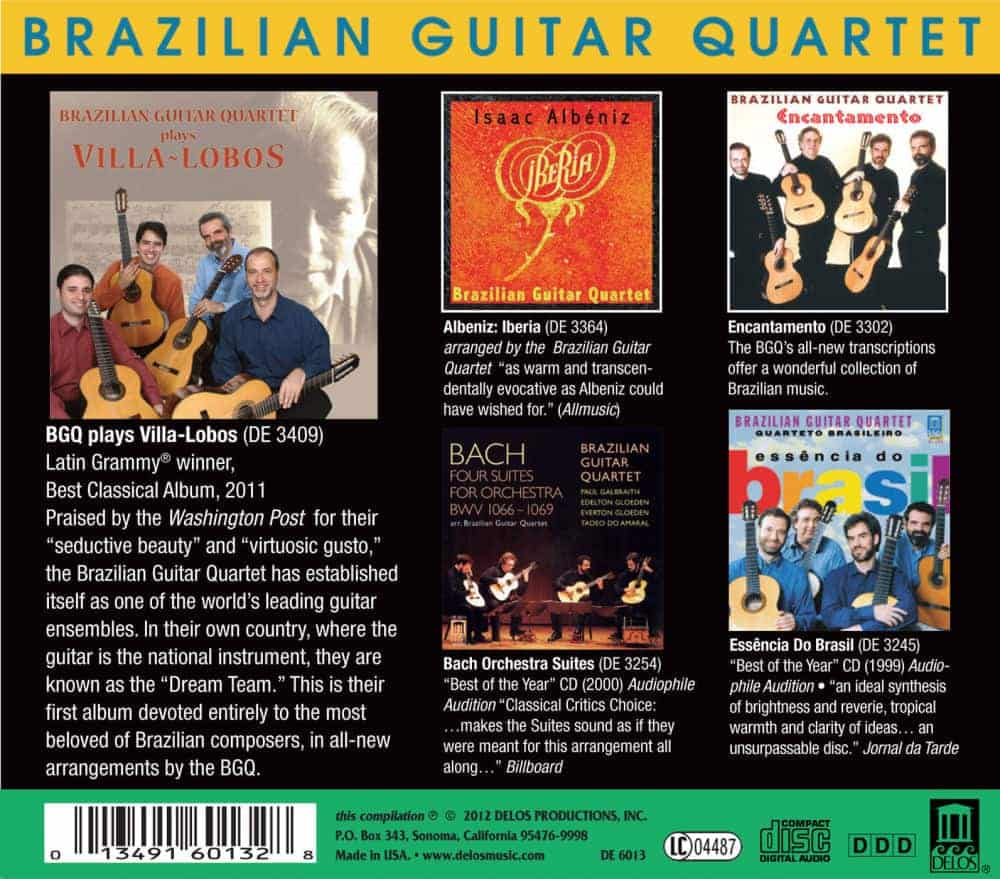 When we’ve spoken in the past of “critical acclaim” for Delos’ own Latin Grammy-winning Brazilian Guitar Quartet (BGQ), we weren’t just whistling Dixie.  It is, in fact, the near-unanimous praise from critics, vendor sites and bloggers everywhere that has inspired us to repackage the BGQ’s five Delos albums to date as a specially priced box set. So don’t just take our word for it that guitar quartet aficionados (and classical fans at large) should jump at this chance to add all five albums to their collections at a bargain price. Take a look at what trusted critics and happy customers have had to say about each one, before deciding that this is music – and performing artistry – that you simply can’t live without! 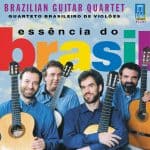 As Raymond Tuttle wrote in Fanfare,  “Like a good ginger ale, the contents of this disc are spicy but smooth. The South American rhythms percolate along, and there are frequent pauses for melodic refreshment on the way.  … The sound of four guitars expertly played is a gorgeous one, and the repertoire … suits this ensemble very well.”

Jornal do Tarde described the release as “an ideal synthesis of brightness and reverie, tropical warmth and clarity of ideas … an unsurpassable disc.” 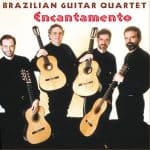 Gwendolyn Freed of the Minneapolis Star and Tribune – in her discussion of music suitable for sharing with friends – concludes that, rather than resorting to the latest “fad” albums, it’s “Better to seek out more appetizing rarities, oddities and other charmers. One such find is Encantamento … by the Brazilian Guitar Quartet … This mellow disc makes a nice first impression, and gets better with repeated hearing.”

Catherine Moore, in American Record Guide, enthused that the “Brazilian foursome kept me glued to my seat when I’d rather dance! They are musically ept, technically polished, and highly listenable. Go for it!” 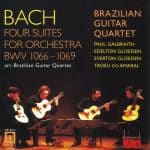 Amazon customer Richard B. Schuchman labeled this one as an “Enlightening CD,” going on to describe it as “… a GREAT disk! The transcription to four guitars clarifies, simplifies and just generally makes this music much easier to hear and understand what, to me, was muddy and more like background music in its original form. The counterpoint practically leaps out at you …”

According to The Washington Post, “It’s hard to imagine J.S. Bach played with more seductive beauty than in the Brazilian Guitar Quartet’s performance…Playing directly over the sound holes of their instruments to produce the plummiest tone possible, the guitarists allow Bach’s contrapuntal writing to emerge with buoyancy and clear, structural logic, while bathing this rigorous German score in the warmest Brazilian sunshine.”

As opined in Billboard magazine, this recording “… makes the Suites sound as if they were meant for this arrangement all along.” 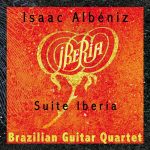 In Allmusic, Patsy Morita wrote, “The recording picks up all the details of the different guitarists’ sound, but there is still a greater sense of the ensemble as a whole rather than individual performers. This version of Iberia is as warm and transcendentally evocative as Albéniz could have wished for.”

Calling it an “Amazing transcription and performance,” Amazon customer Daniel J. Rose went on to state, “I wanted to give it five stars ASAP, because it is such a remarkable recording … with beautiful balance and tonal resonance across the instruments, some of which are fitted with strings at an extended tonal range to capture more closely the full span of the original score.” 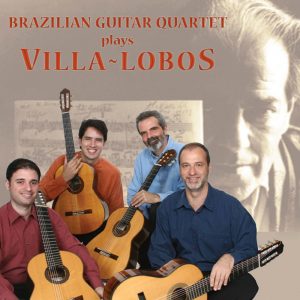 Why all the Latin GRAMMY fuss over this one? Read on:

We couldn’t have said it any better than Classical Guitar Blog did: “Suffice it to say this is not your typical Villa-Lobos CD … As soon as (they) started playing I was struck by how tight and together the BGQ was … all the works were beautifully played … Villa-Lobos has far more to offer, it seems, than most of us are aware. And the members of the Brazilian Guitar Quartet, with their ensemble excellence and interpretive powers, are well qualified to show us just what that is.”

As Oscar O. Veterano wrote for Amazon, “The Brazilian Guitar Quartet is the perfect match for the complex music of this composer. Their use of two 8 string guitars to augment the standard 6 string models gives them an extended tonal range that helps make their arrangements of even Villa-Lobos’ orchestral music less constricted than the adaptations done by other guitar quartets. Add to this their exquisite taste and flawless technique and it’s small wonder that they’ve become one of the foremost groups of their kind in the world.”

At Minor7th.com, Timothy Smith wrote: “For me, the appeal was found in the interplay between the traditional folk melodies and the composer’s supporting content, which was always charming. Arranging music for guitar ensemble is an art in and of itself, and the BGQ’s arrangements are natural and satisfying. The works they selected translate particularly well to four guitars, and honour the spirit of the original versions. Anyone who has been drawn to the works of Villa-Lobos in the past will certainly enjoy this unique offering.”

So, there you have it. With such commentary at hand, Delos has certainly earned its bragging rights about the BGQ and its wonderful music-making. We dare you to sample a few tracks below and NOT want to get this terrific box set! 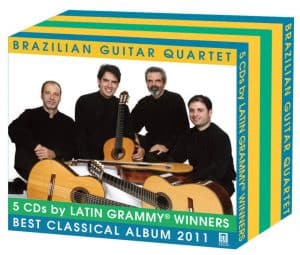 What better way for Delos to celebrate The Brazilian Guitar Quartet’s 2011 Latin GRAMMY win (for “Best Classical Album”) than to offer our legion of BGQ fans a new box set containing all five of their albums to date? Their win – for their Brazilian Guitar Quartet Plays Villa-Lobos recording (DE 3409) – confirmed BGQ’s status as one of the very finest groups of its kind worldwide. This specially priced box set will give guitar lovers everywhere an unprecedented opportunity to acquire – at very low cost – BGQ’s entire recorded output.

Take a look at the CDs in this collection:

Or purchase from these trusted online retailers: