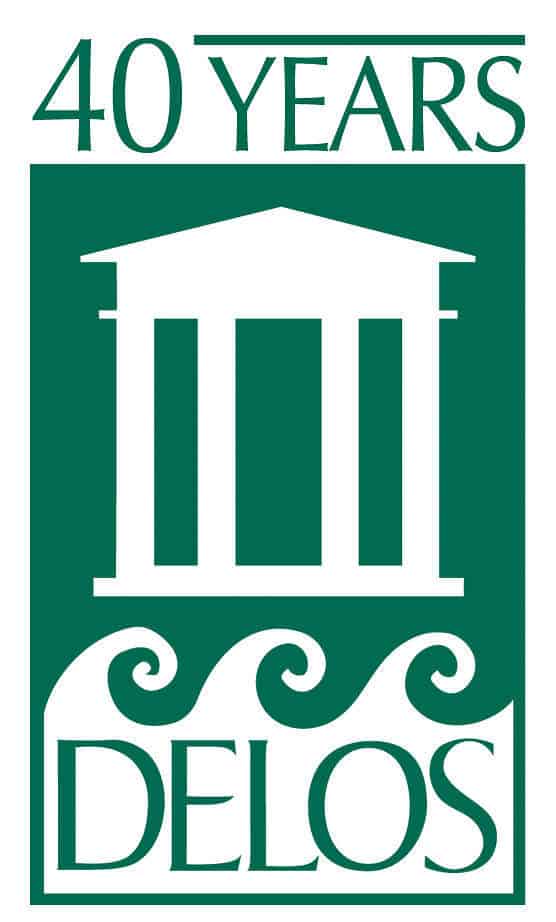 This week, Delos celebrates American Music with THREE Featured Albums of the Week! And we’re taking the sale to an all new level of savings! Check out the deals below:

American Mystic: Music of Alan Hovhaness – Centennial Collection – For only $5.99!

Get all three of these releases for under $30 – that’s a total of 8 CDs worth of music! 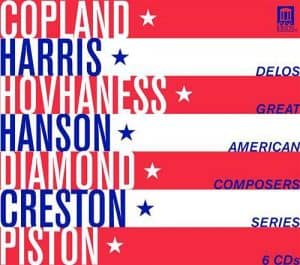 This remarkable 6-CD set consists of gems from Delos’ Great American Composers Series, releases that garnered 5 Grammy nominations, Stereo Review’s Record of the Year (Hanson Symphony No. 2), top Billboard Classical Chart rankings, and Time Magazine’s Best Classical Recording (Hanson Symphony No. 4). These groundbreaking recordings’ Grammy nominations included those for artists, engineer, and label — and have helped to reawaken American interest in its own classical music. A quick glance at the descriptive titles in this magnificent collection reflects its celebration of our American heritage. These great mid-century classics embrace our spirit of freedom, respect for our fellow human beings, and reverence for our natural environment. Listeners will find this beautiful music inspiring and accessible, yet sophisticated in its artistic value. In the wake of the 2009 Lincoln Bicentennial, Portraits of Freedom, included in this box set, is particularly relevant. As noted in The New York Times, “(Copland’s) Lincoln Portrait… has finally found a speaker equal to its musical merits. James Earl Jones succeeds in making the text as relevant to our day as it was to the 1940s… vibrant, precise playing from the Seattle Symphony, captured with hair-raising sonic presence.” 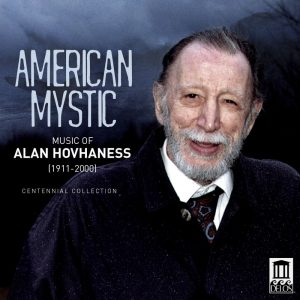 Heralded by a New York Times article — honoring the centenary year of Hovhaness’ birth – Delos celebrates this wonderfully eclectic “American Mystic’s” glowing niche in the pantheon of American musical history from a new angle: Hovhaness as a composer of what we now call “world music” … though on a more exalted plane than most of that genre’s content. We call Hovhaness a “mystic” largely due to his insatiable curiosity about pan-global musical traditions: primarily exotic-sounding middle- and far-Eastern modes, scales and rhythms that – owing to their “alien” impact upon western ears – tend to convey mystically spiritual impressions. On top of his own Armenian musical roots, he compulsively explored the music of other Arabic regions – as well as the traditions of India, Japan, Korea and Indonesia – absorbing them all into his overall musical consciousness, to be tapped at need to suit his unique creative designs. Accordingly, Delos has combed through its many distinguished previous recordings of Hovhaness’ music to find the individual works that best support such a “world music” classification. And everything fits: Like that of many current world music artists, the music of Hovhaness blends disparate musical influences and impulses in musical “fusions” that are framed by western contexts of sound, form and instrumentation. 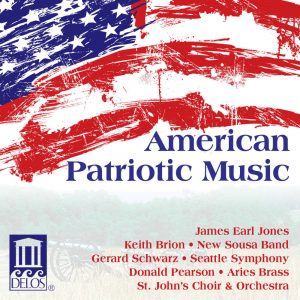