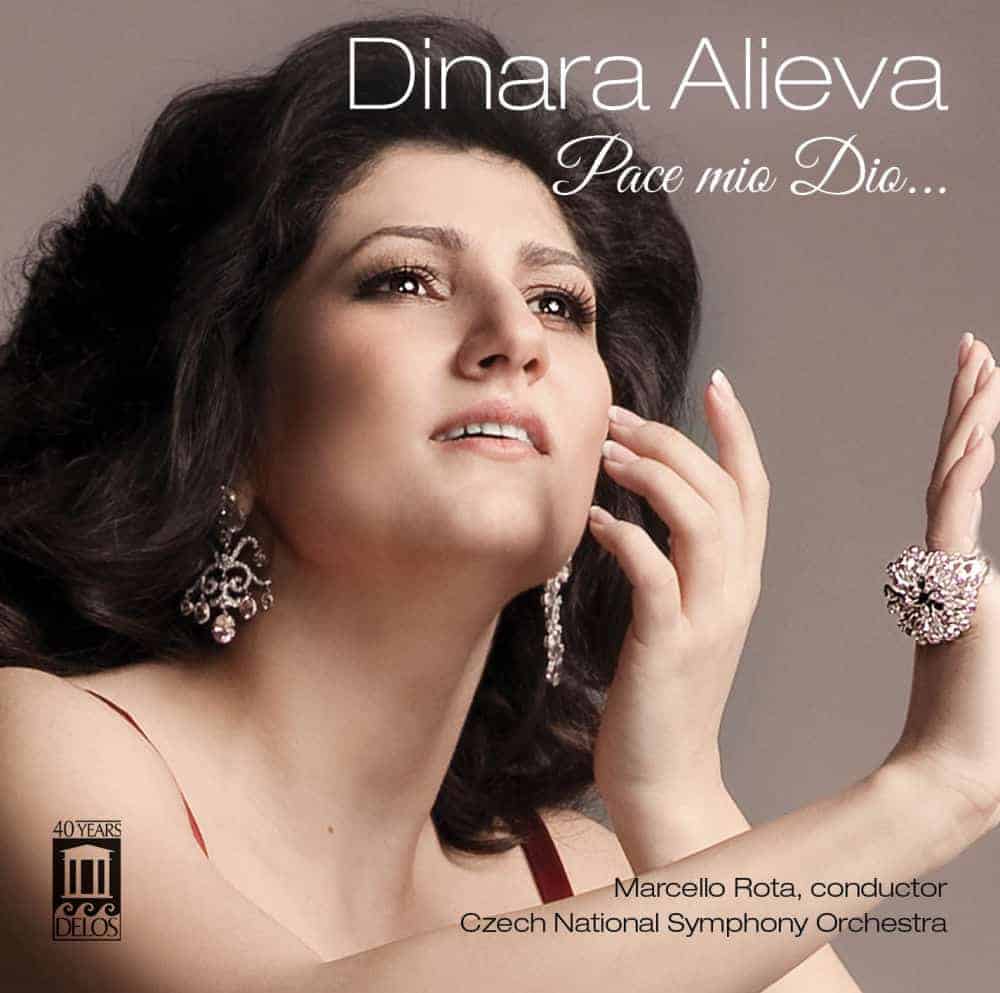 Heartfelt wishes for a happy birthday from all of us at Delos to rising Azerbaijani soprano Dinara Alieva: one of our most exciting recording artists! As legendary soprano Monserrat Caballé has said of her, “She is a wonder!”

While we will never reveal a lady’s actual age, Dinara – a mainstay at Moscow’s Bolshoi Opera – is still in the fairly early stages of her career, having taken Europe by storm in recent seasons. Her 2013 CD for Delos – Pace mio Dio… (DE 3462) – is a gripping survey of great Italian arias that has gotten rave reviews on both sides of the Atlantic. Her rich and dusky voice ravishes the ear, while her emotion-drenched interpretive power melts the heart. Add to that her engaging stage presence and stunning appearance, and all the “ingredients” are there for a major international career. Sample the track below, and see if you don’t agree!

Dinara’s next major appearance will be at the Deutsche Oper Berlin in February, where she will sing the lead soprano role in a special production of Puccini’s La Rondine, directed by Rolando Villazon. Delos has one more imminent project built around her: a fabulous DVD of a live concert from the Great Hall of the Moscow Conservatory featuring an international array of great songs and arias. Conducting is Delos’ very own maestro, Constantine Orbelian. Look for both of these sterling new recordings by the spring of 2015.

So HAPPY BIRTHDAY, Dinara … may there be many happy returns – and here’s hoping you’ll be the star of many more Delos projects in the coming years!