above video from The New York Times 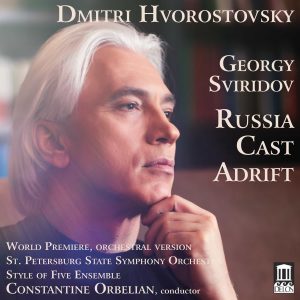 Dmitri Hvorostovsky made a surprise appearance and performance at The Metropolitan Opera’s gala celebrating 50 years at Lincoln Center! Watch the above video and get the background story as well at NYTimes.com!

“It was a return to the stage that some feared would never happen again.

Last year the beloved Russian baritone Dmitri Hvorostovsky withdrew from staged opera — including a run of “Eugene Onegin” performances at the Metropolitan Opera — because of a brain tumor. When it opened without him, the soprano Anna Netrebko and the other members of the cast held white roses during their ovations in tribute.

But Mr. Hvorostovsky made a surprise return to the Met on Sunday night, and his performance became the emotional high point of an all-star gala concert — and the payoff of a plan that had been quietly set in motion less than two weeks earlier.…”