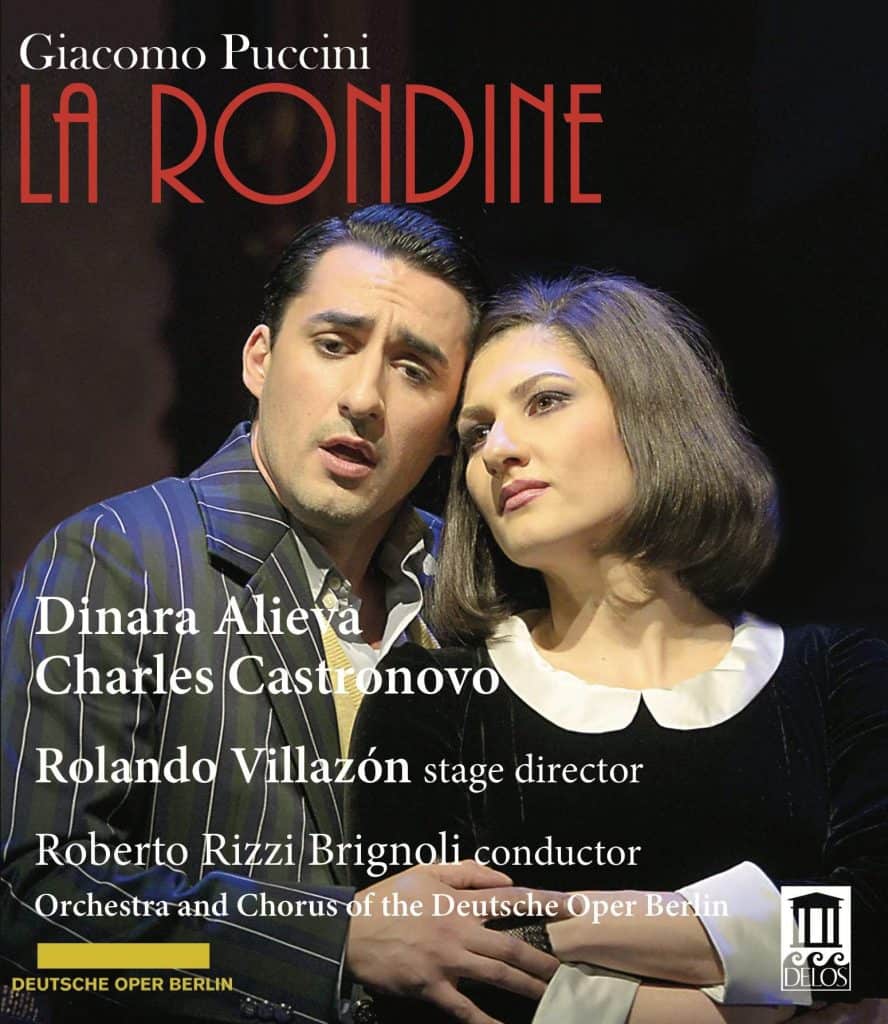 “The singing! My heavens, I thought such unabashed, full-throttle verismo emotionalism had died with the 1950s! Dinara Alieva has a wonderfully opulent soprano, a true spinto with seemingly limitless power and an absolutely free top; she could tackle any Verdi or Puccini role that comes to mind… But she knows how to rein it in for emotional expression, and she fully captures Magda’s emotional vulnerability. Although Charles Castronovo (husband of soprano Ekaterina Siurina) has sung at the Met (1999–2001 and again in 2012), somehow he has escaped my attention heretofore—but he certainly won’t any longer. His is an absolutely thrilling voice that brings back memories of Franco Corelli in its deeply burnished baritonal timbre and ringing top, coupled to fluent legato phrasing and ardent expressiveness. This voice is ready for Manrico and Radamés, and possibly even Otello. Both he and Alieva have excellent diction, secure intonation, and rock-steady diaphragm support. … this couple is stupendous; I’ve not heard vocalism this thrillingly beautiful in years, and I literally had shivers of delight rippling up and down my spine as they poured out gleaming, golden tones. The second supporting duo of lovers, Lizette and Prunier, are portrayed with equal excellence by Alexandra Hutton and Alvaro Zambrano, with their much lighter but attractive, well produced and characterful voices perfectly limning the gaiety of their characters. The comprimario roles and the chorus also sing superbly…Along with Alieva and Castronovo, an equal share of the success here is due to conductor Roberto Rizzi Brignoli. Under his baton this German orchestra plays with the sweeping fervor of every Italian ensemble to the manor born; the tidal waves of emotion pouring out of the speakers bid fair to float one right out the door, with a particularly stupendous climax to the nightclub scene in act II. The Blu-ray format delivers its usual sharp focus for picture quality, and the recorded sound packs a wallop. Subtitles come in English, French, and German; there are no extras. …musically this spectacular new version equals or surpasses all of its predecessors in any format. Yet another candidate for my 2016 Want List! If you love Puccini, you can’t afford to miss this musically revelatory performance, one that should cause you completely to re-evaluate the merits of this unjustly neglected masterpiece. Passionately, urgently recommended.” —James A. Altena, MusicWeb International

Read the full review on the Fanfare Archive