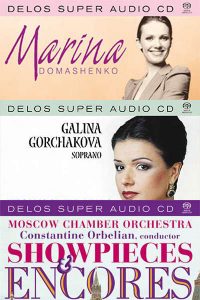 The Best Sounding Sale Yet – Three SACDs only $9.98 Each!

A Savings of $15 on each release – PLUS FREE SHIPPING!

Arias, Showpieces, and Encores – all on SACD Recordings! 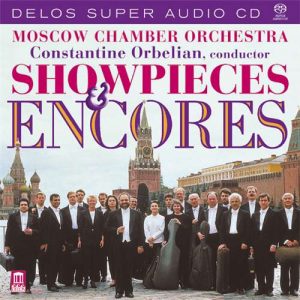 “This is an album of favorite short pieces, favorites of the Moscow Chamber Orchestra musicians and our audiences alike. We play them at our young people’s concerts, for festive occasions as part of our special appearances at embassies and consulates, and of course as often-requested encores. A number of these selections offer opportunities for some of the virtuosi who make up our orchestra to take solo turns.” Maestro Orbelian 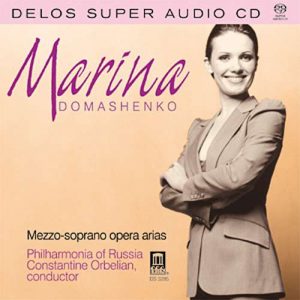 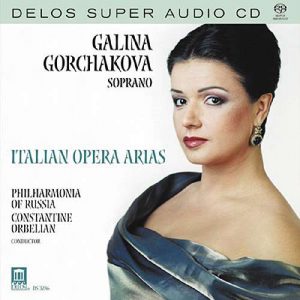 Galina Gorchakova, endowed with what London’s Sunday Times called “one of the most important dramatic voices in the post-war era,” makes her debut on Delos with Italian Opera Arias, a collection of her signature roles that have earned her critical acclaim and an immense public following the world over. Gorchakova is accompanied by Constantine Orbelian and the Philharmonia of Russia, the Maestro’s own assemblage of Russia’s leading orchestral musicians resulting in la creme de la creme of Russian ensembles.