American conductor James DePreist, who has made 17 recordings for Delos, was for many years Music Director of both the Orchestre Philharmonique de Monte-Carlo and the Québec Symphony. So when he put together a program around the concept of “A French Romance” with his Monte-Carlo orchestra, it gave our Delos team a memorable sojourn. Led by Delos Director of Recording John Eargle, we recorded in the Salle Garnier of the Casino of Monte-Carlo, Monaco. These sessions also produced the lively “Carmen 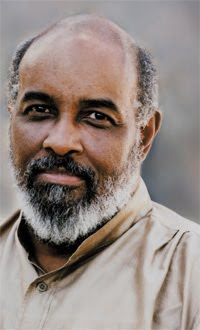 Suites” recording (DE 3208). Delos founder Amelia Haygood drew on her people skills and her onetime student days at the Sorbonne to persuade the workers who were setting up for a celebration outside the Casino to take some breaks while we recorded quiet passages. Jimmy’s wonderful wife Ginette, a native of Québec and very much at home in Monte-Carlo, was our guide. Longtime Delos Art Director (and Francophile, as you will see below) Harry Pack took a vacation from his other work and traveled to France for the sessions. Harry was inspired to write the following introduction:

A French Romance … the very words conjure up images we all associate with France — our first visit to Paris, the verdant countryside, the gardens, the food, the chateaux, the art, and the uniquely romantic quality of French music. It sounds like no other and could not have been written by a composer of any other nationality.

This collection of favorite works by six great French composers not only displays their special “Frenchness” in sound and sentiment but also gives us — the listeners — a short survey in the diversity of French romantic music. It is, by turn, lyric, pensive, contemplative, sensuous, sophisticated, and often glittery. One hearing and you’ll be ready to …suffer through a frequent-flyer bonus flight to renew acquaintance with the reality of France and French Romance.