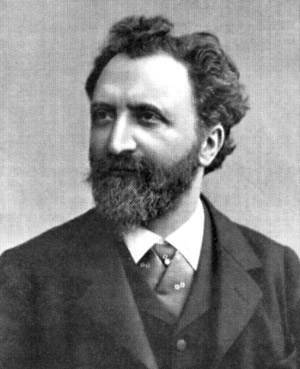 Although ensconced in the Romantic tradition, the Gernsheim Piano Quintet No. 2 offers a unique sound world, perhaps containing more spontaneity of gesture and harmony than many of its contemporary works. Its language, born of a line of German composers, evokes a vastness, a landscape of lofty, open spaces that at times seems to transcend its country of origin.

The first movement’s B minor is a key of restrained nobility. The first two notes of the movement mark a descending octave, an austere interval that later acquires heroic vibrancy in major keys. The fresh, lovely, Ländler-like second theme appears in a movement over which the piano otherwise casts authoritative, orchestral grandeur. A tender melody begins the second movement, miniscule pauses lending it a vulnerability that slowly evolves into a fuller voice. In the ensuing Sturm und Drang middle section, the piano meets its equal in the strings, which — welded together in unison — gleam like steel before making way for the piano’s fury. The third movement opens and ends full of sparkle, mischief, and grace, smiles turning to uproarious laughs in between. Strong rhythmic ground is established at the start of the last movement before it sweeps forth at a brisk clip, luxuriating in a generous second theme, moments of quiet reverie, and a kaleidoscope of keys before heading for the thrilling coda.

A word about Gernsheim is in order here, since his name and music remain unfamiliar to many musicians and music lovers alike. The sadly undeserved neglect of his art is due in part to the fact that he was Jewish. Thus – in the distinguished company of such luminaries as Mendelssohn, Schoenberg, and Korngold (among many others) – his sometimes Jewish-themed music was banned as “Entartete Kunst” (degenerate art) during the Nazi era, leaving it to succeeding generations to discover his amazing music anew. Gernsheim was, in fact, an important musical figure and pedagogue in his time, well acquainted with – and respected by – many leading composers of the late-Romantic era. Of particular interest is his friendship with his contemporary Brahms, who wholeheartedly acknowledged him as a master composer. 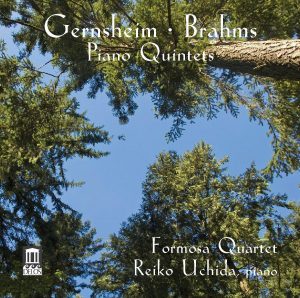 Friedrich Gernsheim was a late-Romantic German composer and pedagogue whom his friend Johannes Brahms acknowledged as a master composer. Gernsheim’s prolific, multi-genre output includes a remarkable body of chamber music, of which the Piano Quintet No. 2 is a shining example. Pairing it here with Brahms’ immortal Piano Quintet in F Minor enables the attentive listener to compare the two composers’ kindred late-romantic voices while savoring Gernsheim’s unique facility that Brahms so admired.