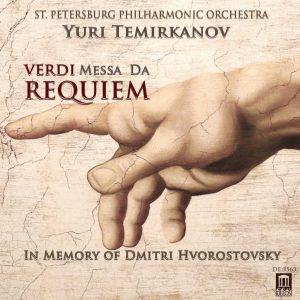 Originally released in October 2018 on DVD, Blu-Ray, and Digital Download, our Verdi: Messa Da Requiem recording In Memory of Dmitri Hvorostovsky is now available on CD!

Get Your Copy Today