Google features renowned theremin player Clara Rockmore with a special interactive “Google Doodle” on Google.com — as well as her recording of “The Swan” by Saint-Saëns from her Delos album The Art of the Theremin! 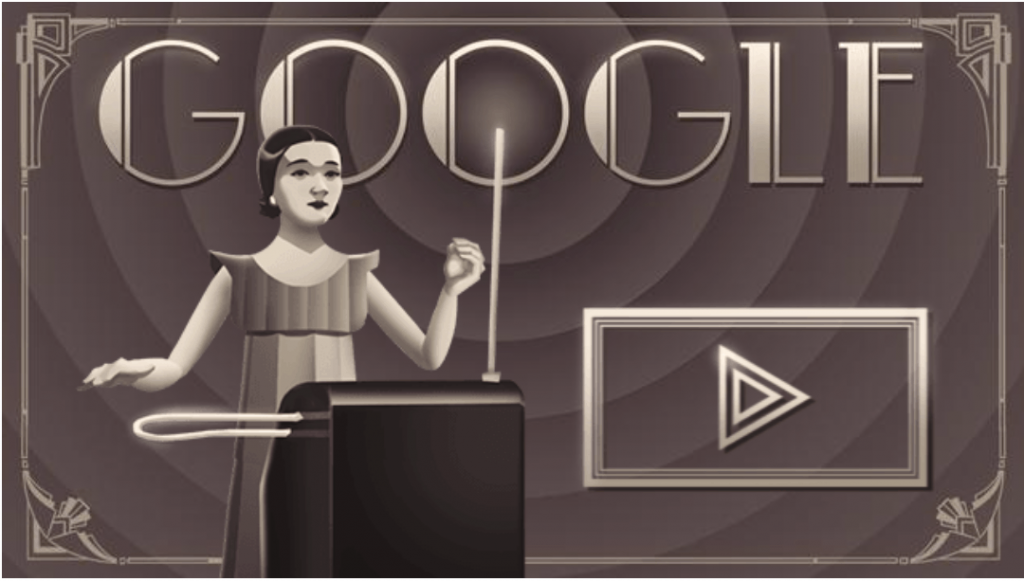 From the Google Doodle Archive:

Today’s celebration of Clara Rockmore is a natural accompaniment to the Google Creative Lab’s launch of the Chrome Music Lab. In the words of designer Alex Chen, the Music Lab aims to “create simple ways for anyone, of any age, to explore how music works.” Have fun playing the theremin! Your playing commemorates Rockmore’s 105th birthday. Very special thanks to the Nadia Reisenberg & Clara Rockmore Foundation and Delos Productions.

Read the full dedication in the Google Doodle Archives! 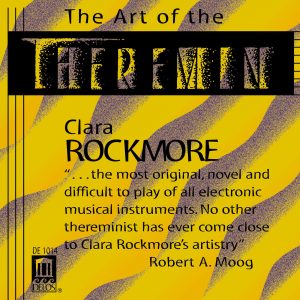 The Art of the Theremin

“The Art of the Theremin’ is a true curiosity. Clara Rockmore, a pioneer of the theremin, apparently came out of retirement to make this recording. The theremin, which sounds vaguely like an excited female soprano, is one of the earlier electronic instruments in which the player uses the motion of her hands to play distinct notes. If the instrument sounds familiar to you, it is because Miklo Rozsa used it to great effect in Alfred Hitchcock’s ‘Spellbound’ in 1945. It became so identified with that film that it was seldom used again. But on this recording the instrument soars through Rachmaninov’s ‘Vocalise’, Saint-Saens’ full-throated ‘The Swan’, and other selections by Tchaikovsky and Stravinsky. Rockmore is extraordinary in this first commercial recording of her work. It was produced by none other than electronic music pioneer Robert Moog.” —Digital Audio’s Compact Disc Yearbook 1988