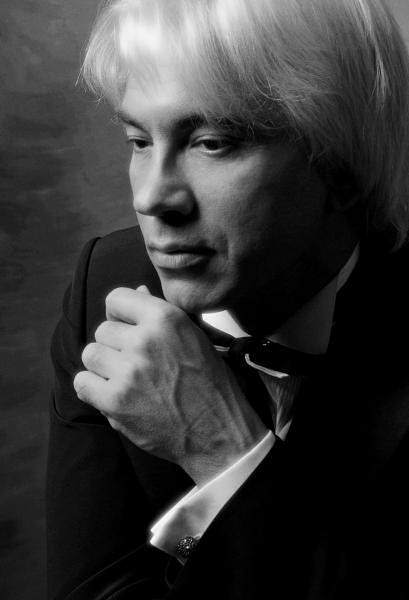 We at Delos just couldn’t let the occasion of Russian opera star Dmitri Hvorostovsky’s 50th birthday pass unheralded – even if we missed it by a day (it was yesterday, Oct. 16th)! He is justly renowned for his magnificent voice and his legendary breath control that enable him to spin long and luscious legato lines that leave his listeners breathless. And then there’s his undisputed status as the opera world’s sexiest and most glamorous baritone. Even at 50, one writer described him as the opera world’s reigning “über-barihunk”!! Delos is tickled pink to feature a total of 15 wonderful CDs and DVDs from him in our catalog.

A Russian national treasure, Dmitri’s doting countrymen have gone all-out to honor his natal day. Kultura TV produced a full-length documentary (Russian only, thus far – aired Oct. 12) that also includes an appearance by our very own conductor, Constantine Orbelian – with whom Dmitri has made all of his CDs for Delos. And his years haven’t slowed him down in the slightest; he still maintains a staggeringly busy schedule that takes him to top opera houses and performing venues across the globe.

Perhaps his most anxiously awaited impending appearance is at New York’s Metropolitan Opera, where he bowled everybody over in magnificent performances of Ernani and La traviata last season. Beginning November 8, he will star as Renato in another Verdi plum, Un ballo in maschera. Amid an otherwise stellar cast, he will be joined in this production by the acclaimed Verdi soprano Sondra Radvanovsky: another cherished Delos recording artist, with whom Dmitri has made a memorable CD and DVD. You can see them weave their vocal magic together for yourself at a theater near you in a live HD simulcast from the Met on December 8! Meanwhile, check out their marvelous music-making for Delos below …

So, HAPPY BELATED BIRTHDAY, DMITRI! And may there be many, many more. 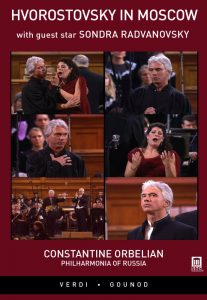