Jamie Barton on the cover of Opera News!

Opera News starts off 2017 with Delos artist Jamie Barton on the cover! 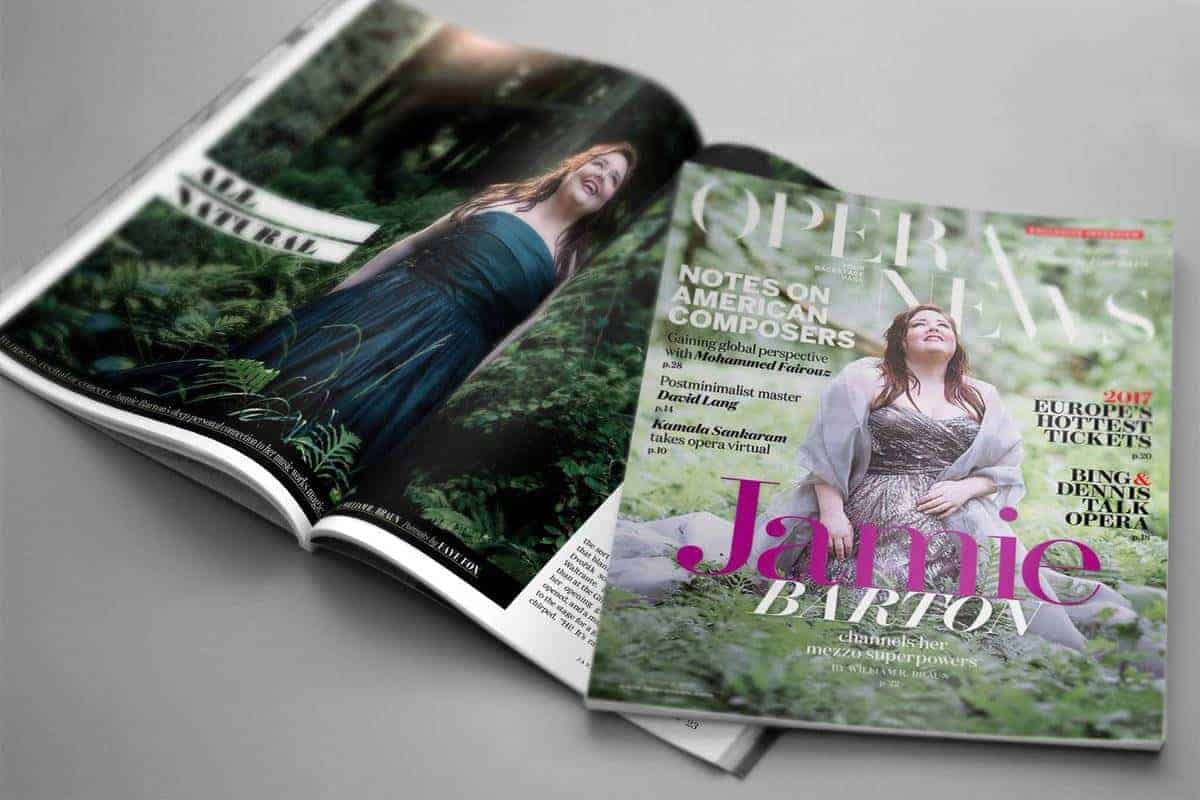 “Jamie Barton’s voice is a vast, enveloping sound, the sort of thing soprano Carol Vaness calls ‘a voice that blankets.’ This is true whether she is offering a Dvořák song in recital or holding the stage as Waltraute. But nowhere was it more in evidence than at the Glimmerglass Festival last summer. After her opening group of Turina songs, the heavens opened, and a major storm pelted the roof. Returning to the stage for a group of Ives songs, Barton merrily chirped, ‘Hi! It’s raining!’ (It is hard to think of a singer readier than Barton to smile in a lieder recital or giggle offstage.) She then proceeded to override the storm with her voice, never losing quality of sound and never giving the slightest sign that she might be at her limits. …”

See the full feature by William R. Braun in the January issue, or at operanews.com!