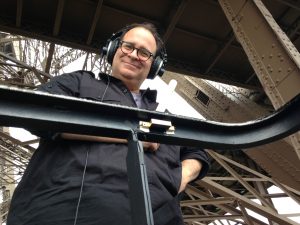 Joseph Bertolozzi announces the completion of a project he personally began ten and a half years ago:

“I just finished the last remaining work in the Tower Music suite. The music is now complete. THANKS TO YOU.

There’s still work to do…what remains are some odds & ends, deciding the final order of the movements, liner notes, etc. I intend to include an “Audio Tour” of the Eiffel Tower like I did for the Mid Hudson Bridge on the Bridge Music album, so there’s really one more track to be created. This should be done before year’s end.

In January the tracks get sent off for mixing and mastering in preparation for an album release in 2015, but the body of work is done.” —Joseph Bertolozzi

See the path of this project!

Find out more about Tower Music on Joseph Bertolozzi’s website!