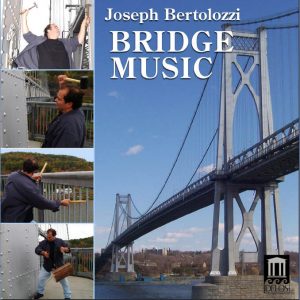 A European film crew shooting a feature documentary on composers is in the USA covering Joseph Bertolozzi’s work at the Mid Hudson Bridge (Bridge Music) and the Eiffel Tower (Tower Music).

Entitled Sound Hunters, the film includes Peter Gabriel, Jean-Michel Jarre, Brian Eno and others. The film has the “haut patronage” of UNESCO. Beryl Koltz is the director and the film is being created by a_Bahn and Camera Talk Productions.