Joshua Smith to be featured at BBC Proms!

The BBC Proms 2014 has announced that the Cleveland Orchestra will be performing at Royal Albert Hall during Prom 68 and will present (among other works), Jörg Widmann’s “Flûte en Suite,” which was composed for and will be performed by principal flutist, and Delos artist, Joshua Smith! To celebrate, we’re making Joshua Smith and his fantastic Bach Sonatas recordings our “Featured Albums of the Week!” Get both on sale through next Thursday for only $9.98 with FREE U.S. Ground Shipping! 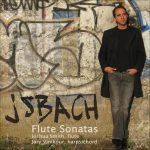 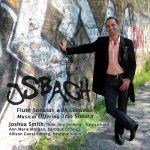 Mr. Smith will also be performing the concerto at the Lucerne Festival, Vienna Musikverein, Berlin Philharmonie, Amsterdam Concertgebouw and more!


Bach in the Moment

Plays Bach With Others