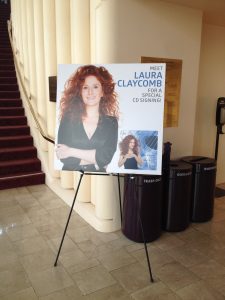 “ …first, there was the opportunity to savor once again Laura Claycomb’s shimmery, elegant and versatile way with Strauss’ vocal music. The vehicle was the composer’s “Brentano Lieder,” or at any rate five of the six songs that make up the set (as she did the last time around, a decade ago, Claycomb left the last song, “Lied der Frauen,” on the cutting-room floor). And the performance was nothing short of magnificent, a virtuoso display of silvery tone and effortless technical agility. These are the qualities that drive much of the composer’s writing for soprano, and Claycomb’s performance seemed to revel in her ability to negotiate the music’s demands without breaking a sweat. The little bursts of notes that punctuate the melody of “Ich wollt’ ein Sträusslein binden” (“I wanted to gather a bouquet”) emerged as colorful sprays, the sonic analog to the flowers in the poem’s text. Similar stretches of rapid-fire coloratura, extended over a longer span, informed Claycomb’s delivery of the final “Amor” (“Cupid”) — an irresistible picture of fluttery wings and quickening emotion. But there were subtler and no less important strokes of brilliance at work as well, including the sepulchral colors and moody phrasing of the opening “An die Nacht” (“To the night”) and the boldly forthright way Claycomb shaped the rhetoric of “Als mir dein Lied erklang” (“As your song rang out to me”). This artist’s treatment of Strauss has that requisite touch of magic, and we don’t hear her nearly often enough around these parts. —Joshua Kosman, San Francisco Chronicle 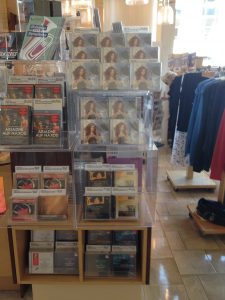 Read the full review on www.sfgate.com

This beguiling album is the first for Delos by brilliant American coloratura soprano Laura Claycomb. Best-known for her work in opera, she explores here an entirely different aspect of her artistry: a more intimate and personal interpretive approach featuring assorted art songs with guitar. And she has found an ideal partner in guitar wizard Marc Teicholz: her longtime collaborator and musical accomplice.