Lawrence Brownlee In The News!

A tenor who’s found his groove 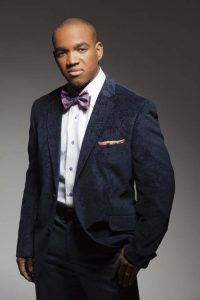 “Get into a conversation with Lawrence Brownlee, and you could easily think you were chatting with some amiable stranger in a bar or coffee shop. He’s gregarious and personable, and he has a variety of yarns to tell about his family, his upbringing and his fanatical devotion to the Ohio State Buckeyes. Then he rattles off a quick snippet of a Rossini aria — the tone sweet and pure, the diction nimble, the phrasing offhandedly elegant — and it all comes back: You’re talking to one of the most gifted bel canto tenors of our day.…”

Scaling the Heights with Lawrence Brownlee 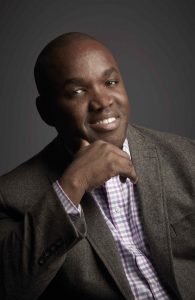 “As anyone who attended this year’s Opera in the Park can attest, tenor Lawrence Brownlee, 43, is at the top of his game. A high tenor who can summon uncommon weight and gravitas in the center of his tone, Brownlee first garnered attention when he won the Metropolitan Opera Auditions in 2001. A year later he made his professional debut at Virginia Opera in what has become one of his signature roles, Count Almaviva in Il Barbiere di Siviglia. He also sang at La Scala, Milan that year.… On September 8, Brownlee and I spent close to an hour together at the War Memorial, Opera House. We began with the arc of his career.”

After his Sunday performance, he’ll be signing copies of his new Allegro io son recording at the San Francisco Opera Shop in the South Mezzanine of the War Memorial Opera House. Don’t miss your chance to meet and get a signed copy of his incredible new recordings!

Get Your Copy Now!