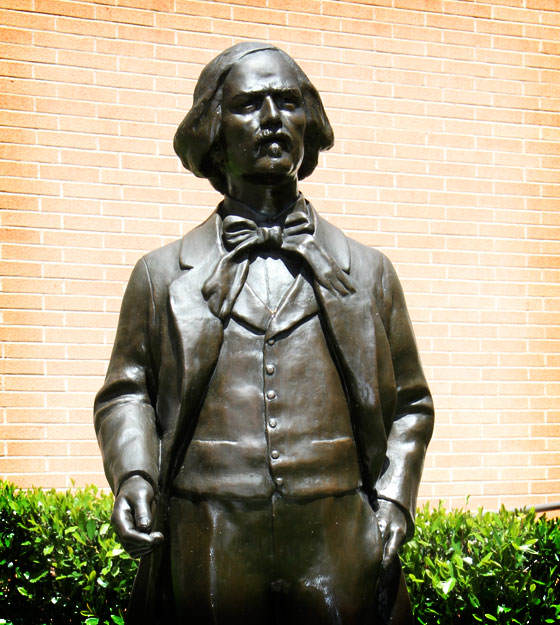 The Paderewski statue in Paso Robles

One of the joys of moving to a new area is the spate of unexpected surprises one is certain to encounter. For me, the new area is California’s sparsely populated and strikingly beautiful Central Coast. And a surprise, to be sure, was learning that the great Polish pianist Ignacy Jan Paderewski (1860-1941) had deep connections here.

Most of us know that Paderewski was named prime minister of the newly independent Poland after World War I, an honor entirely appropriate for a superstar musician who set aside his own career for some years to rally support for his nation’s cause and spearhead various humanitarian initiatives. Far fewer are aware that he was also a pioneer in agriculture in San Luis Obispo County, arguably the most emblematic sector of the Central Coast. During the war years, the wealthy virtuoso bought 2,864 acres of land near Paso Robles on which he planted almond trees, fruit orchards and Zinfandel grapes. He also owned 2,626 acres in the town of Santa Maria, in next-door Santa Barbara County, and pursued oil exploration there.

Small wonder, then, that Paderewski’s name is not forgotten in Paso Robles, a city of 30,000 known primarily for producing excellent wines and for its often triple-digit temperatures in the summer months. There is an annual Paderewski Festival that gives chamber concerts and sponsors a Youth Piano Competition which provides cash prizes and the opportunity for an all-expenses-paid trip to Poland through the Paderewski Youth Exchange.

Last Sunday, the final concert of this spring season was presented at the Cass Winery, a pleasant place far back in the rolling hills east of Paso Robles. The program was selected by the festival’s artistic director, pianist/composer Marek Zebrowski, a distinguished player and academic who heads the Polish Music Center at the University of Southern California. No Paderewski on the program, but rather these intriguing items – Johann Nepomuk Hummel’s Quintet Op. 87 and Debussy’s Petite Suite. Known to a few folks is the fact that Hummel’s work features the unusual quintet lineup in which a second violin is eschewed in favor of a double bass; Schubert’s “Trout” Quintet uses the same configuration (it was written in 1819, some 17 years after the Hummel). The enterprising Zebrowski adapted the popular Debussy piece for the same instrumentation.

Before Zebrowski took the stage along with an outstanding complement of young players associated with USC’s Thornton School – violinist Jason Issokson, violist Deanna Lynn, cellist Ye Lin (Stella) Cho and bassist Harish Kumar — festival president Steve Cass disclosed that the organization will soon be given custody of one of the Weber pianos Paderewski played for several years at a time when he was feuding with Steinway. Said piano has been languishing at the Polish Consulate in Vancouver and will likely be happier in Paso Robles, where a 790-pound bronze statue of Paderewski stands near the entrance of the historic Carnegie Library in the Downtown City Park.

The concert was a delight. The Hummel is a sturdily constructed work infused with drama and power, its unmistakable passion balanced nicely with occasional lighter touches. While Hummel’s reputation has always been dwarfed by those of his contemporaries Beethoven and Schubert, it is not far-fetched to label this quintet a masterpiece – especially considering the date of its composition. It reveals a composer searching for – and finding – new territory  for chamber music at the dawn of the 19th century. It would not surprise me if Johannes Brahms had studied Hummel’s work at some point during the difficult gestational path that led to his landmark Quintet Op. 34.

The Debussy piece, originally written for piano four hands, is probably best known in its orchestral transcription by Henri Busser. Zebrowski’s arrangement is equally effective, if not more so; his treatment of the final movement Ballet had a more sinewy quality than the Busser version. One hopes it will be taken up by chamber ensembles looking to offer Debussy works beyond the String Quartet and the three late sonatas.

Paderewski did make an appearance in the program’s encore – a rousing short work evoking robbers of the Tatra highlands (a theme later expanded upon by Karol Szymanowski in his ballet Harnasie).

Zebrowski’s skilled Thornton collaborators impressed me with their enthusiasm for the pre-20th century chamber idiom. I sometimes worry that younger musicians have failed to develop an interest in this vital sector of musical history. Those worries were chased by their confident and attentive performance; Zebrowski’s own high energy and commitment was clearly inspiring them.

After the concert, Zebrowski spoke briefly to me about matters ranging from his Polish Music Center, a vast repository of materials ranging from Chopin to Lutoslawski and beyond, to his occasional noir musical collaborations with famed film director David Lynch.

I mentioned that Delos was about to release My Polish Diary, a survey of Polish piano music by the up-and-coming Kyril Keduk encompassing works by Chopin, Zarebski, Szymanowski, Lutoslawski and, yes, Ignacy Jan Paderewski. Keduk’s recording brings Delos full circle, in a way. One of the company’s very first releases was Carol Rosenberger’s 1973 traversal of Szymanowski, a great composer fallen victim to a criminal neglect after World War II. It would not be far wrong to point to Rosenberger’s lonely LP as the beginning of the reassessment of Szymanowski. These days his rank is finally approaching the level he deserves — as among the early 20th century’s most significant composers. 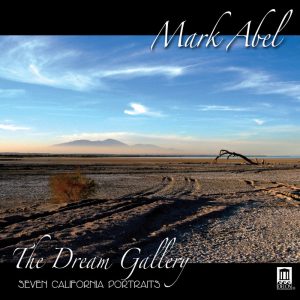 Coming Soon from Mark Abel:
Terrain of the Heart 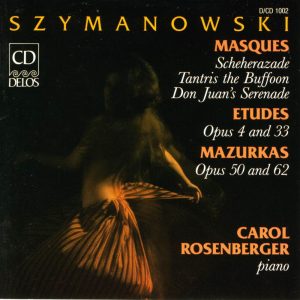