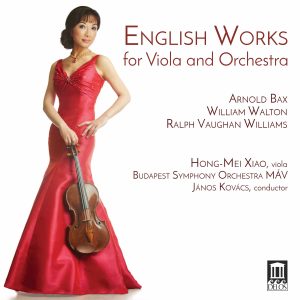 Hong-Mei Xiao has been the first-prize winner of the Geneva International Music Competition. Her extraordinary artistry and brilliant virtuoso technique have gained accolades from reviewers across the globe. A recipient of the coveted Patek Philippe Grand Prize, Ms. Xiao has established herself as an international performing artist in recitals and as soloist with orchestra. She has toured throughout Europe, North and South America, and the Far East, performing in major concert halls and with orchestras of the greatest distinction. Her performances and recordings have been broadcast worldwide on radio and television.

Ms. Xiao began her violin studies with her father, Heng Xiao, a well-known composer. She graduated with highest honors from Shanghai Conservatory, where she studied viola with Xi-di Shen. As a recipient of the Asian Cultural Council Award, she completed her master’s degree with violist John Graham at the State University of New York at Stony Brook.

Hong-Mei Xiao was honored as a United States Artistic Ambassador. Her CD of Ernest Bloch’s Works for Viola and Orchestra on the Naxos label won the Critic’s Choice Award from American Record Guide, which praised her performance with “the solo playing is spectacular on all counts.” She is also the featured soloist in the Naxos world premiere recording of the original and revised versions of Béla Bartók’s Viola Concerto, which has received international critical acclaim since its release.

On this recording, Ms. Xiao plays an English viola made in London by Jacob Ford in 1790.