Meet Simeon Sandiford, Producer of the Delos "Steelbands of Trinidad and Tobago" Series

Back in the 1980s, we got together with Simeon Sandiford, an audiophile producer and distributor in Trinidad and Tobago. Through his company Sanch Electronics, Simeon brought Delos leading-edge recordings to Trinidad, and produced a number of Steelband recordings for our Delos Jazz and World series. (Through the years, he has also introduced his own children and grandchildren to the Delos Young People’s series!)

We’re sharing Simeon’s September 2011 Sanch Electronix post, as well as some photos of Simeon with his grandson, Matthew, who reportedly listened to “Perchance to Dream” (DE 3079) every night throughout babyhood. 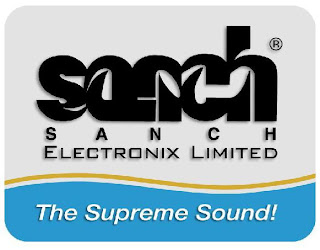 Delos and Carol Rosenberger – making music for the Gods:

During the mid eighties the Trinidad and Tobago economy experienced sustained turbulence with three successive devaluations. Sanch faced the formidable challenge of obtaining foreign exchange to import high-end equipment for resale with speaker systems that we manufactured. Since our needs were not a priority for the Central Bank, funds had to be generated and the company diversified into producing real-time cassettes of local music for universal consumption.

Around 1986 I met Amelia Haygood founder of Delos. Her expert team consisted of renowned concert pianist/ vice president of A&R Carol Rosenberger, acclaimed recording engineer John Eargle, and a few other stalwarts. With them, Amelia carved an impeccable niche for a well-balanced repertoire of classical and jazz music performed mainly by American artistes.

A subsequent business relationship with Delos led to production of fourteen CDs of my early recordings, consisting mainly of acoustic ensembles and steel orchestras. Under the banner Caribbean Carnival Series, these were released from 1987 to 1995 when the Sanch label evolved. In those days, my portable rig consisted of a pair of Bruel and Kjaer (now DPA) reference omnidirectional microphones and a Nakamichi DMP 100 encoder.

The first-generation recording equipment was superseded in 1997 by the technologically superior HDCD® equivalent. This was co-invented by ‘Professor’ Keith O. Johnson and Michael ‘Pflash’ Pfaumer for Pacific Microsonics. The HDCD® proprietary technology is widely accepted to be the most accurate analogue to digital conversion process ever created.

I have recently begun communicating again with Carol who lamented the passing of Amelia and John in 2007. She has since assumed the role of executive producer and convinced me to resume distribution of the Delos catalogue in Trinidad. I was also informed that quite a number of recordings featuring prominent Russian artistes are now available for digital downloading.

Carol herself has not recorded since her Bridge Chamber Concerto with conductor Constantine Orbelian and the Moscow Chamber Orchestra (2002, recorded at Skywalker Studio), but hopes that she will soon be able to present the world with some new solo repertoire. Along with her many fans, her famous Bösendorfer Imperial Concert Grand piano, affectionately called Bösie, awaits her return. In the interim, one of her earlier presentations entitled Water Music of the Impressionists remains one of my all-time favourites.

“Good food, wine, or the person you love; one can never get enough of them. The same goes for this collection of steel-pan music and informative liner notes about the making of the steel pans and the intensity of the performances during Carnival…you’ll never want the music to end.” – Los Angeles Reader

And as promised here are some pictures of Simeon and his grandson Matthew: