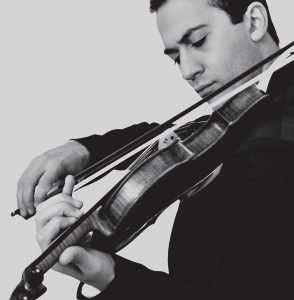 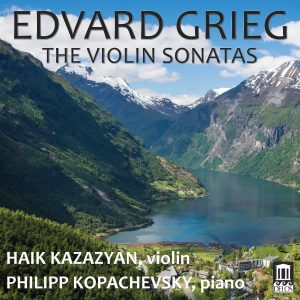 Kazazyan’s career has taken him to great concert halls around the world, including the Stern Auditorium of Carnegie Hall in New York; the Great, Small, and Rachmaninov Halls of the Moscow Conservatory; Tchaikovsky Hall in Moscow; Victoria Hall in Geneva; Wigmore Hall in London; Usher Hall in Edinburgh; and the Roy- al Concert Hall in Glasgow. His concerts have been broadcast on television and radio programs in Russia and Europe, including the BBC Radio (London), the Kultura television channel in Russia, Brusselles TV, Polskie Radio, and Mezzo. In addition, Kazazyan has performed at a number of festivals: the Verbier Festival (Switzerland), Festival International de Musique Sion Valais (Switzerland), Arts Square Festival (St. Petersburg), Moscow-Kremlin and Primavera Classica (Moscow), and the Tongyeong International Music Festival (South Korea), among others.

Haik Kazazyan began his violin studies at the Sayat-Nova Music School in Yerevan with Levon Zoryan. He continued his education at the Gnessin Music School and the Moscow Conservatory in the class of Eduard Grach, also studying chamber music with Alexander Bonduriansky. From 2006 to 2008, Kazazyan was a student of Itzhak Rashkovsky (violin) and Levon Chilingirian (chamber music) at the Royal College of Music in London. In addition, Kazazyan has played in master classes for Shlomo Mintz, Ida Haendel, Pamela Frank, and others.

In 2010, Kazazyan released his album Opera Fantasies on the Delos label. Since 2002, he has been a soloist of the Moscow Philharmonic Society. Haik Kazazyan is currently a member of the faculty at the Moscow Conservatory.