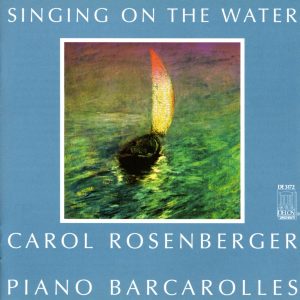 Richard Rodney Bennett and I first worked together on his Delos albums My Keyboard Friends (DE 6002) and I Never Went Away (DE 5001). We stayed in close touch and became good friends. One evening when we were having dinner together in NYC, I mentioned to him that I was going to record a Barcarolle album called “Singing on the Water,” and that David Diamond was writing a pair of Barcarolles especially for the recording.

Richard looked up with a twinkle in his eye, and an expression of mock-reproach on his face. “Well, I’ll write you a barcarolle, too!” he said, as if I were somewhat obtuse not to have asked his participation in the first place. When he sent me the manuscript, Richard enclosed this charming note, in 18th — or perhaps early 19th —century style.

The beautiful Barcarolle itself reminded me somewhat of Richard’s “Enchanted April” mood. I had told him at dinner that I loved his score for that film, which was just showing worldwide at the time. A friend who listened to one of my early run-throughs of Richard’s Barcarolle called it “smoky and sensuous.” 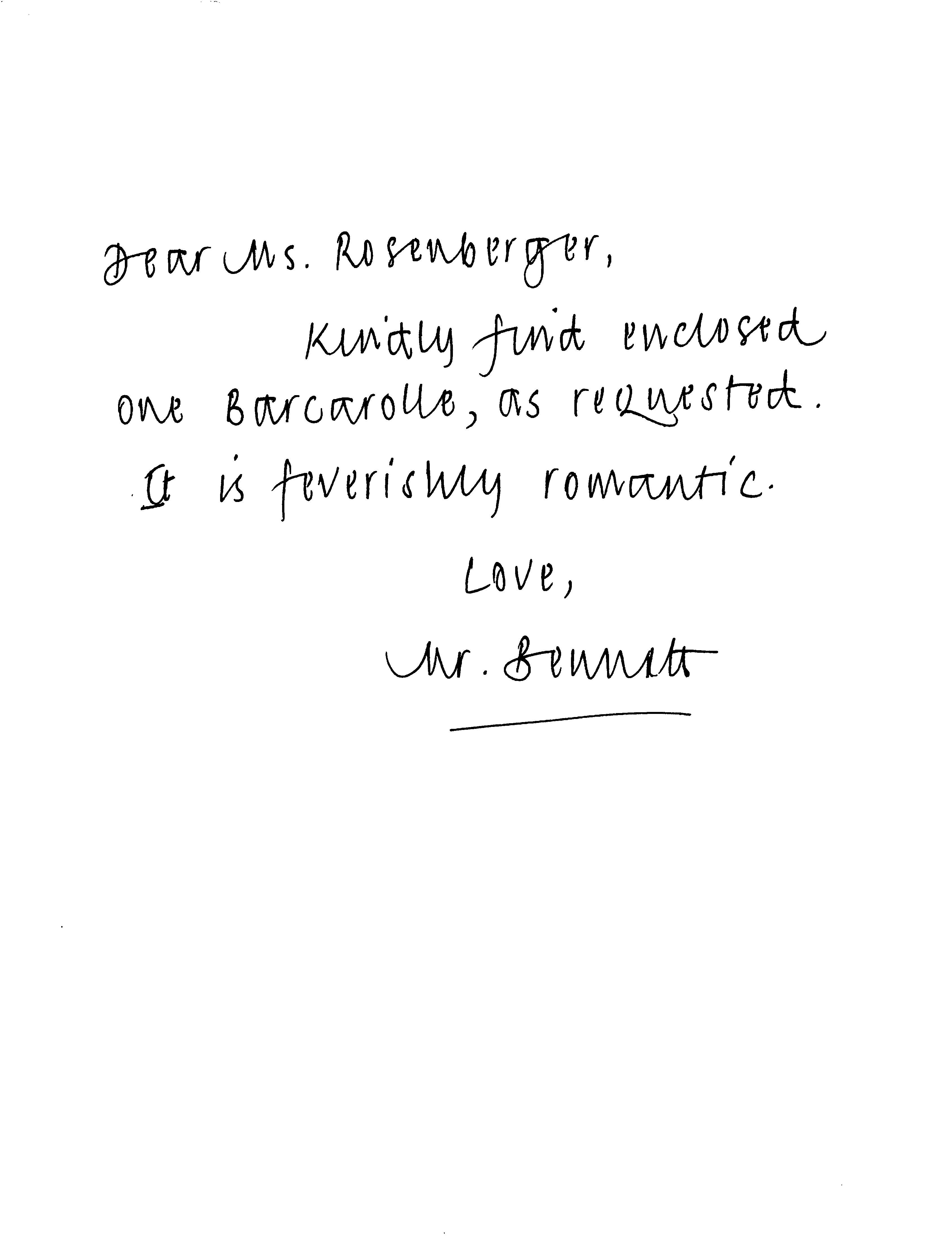