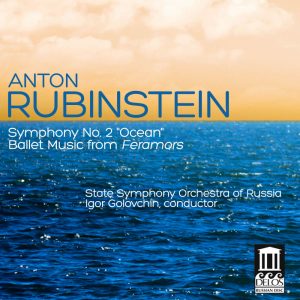 “… a work written by a young, ebullient, but quite mature talent, anddistinguished, beyond its broad scope and youthful freshness, by a remarkably unified conception.”

Thus did Russian master P.I. Tchaikovsky describe the long-neglected “Ocean” Symphony (Symphony No. 2 in C Major, Op. 42 — Original Version) by Anton Rubinstein, his composition teacher at (and the founder of) the St. Petersburg Conservatory. His many compositions have fallen into unjustified obscurity, and he rarely gets the credit he deserves for almost single-handedly bringing the primitive Russian musical establishment of his day up to European standards.