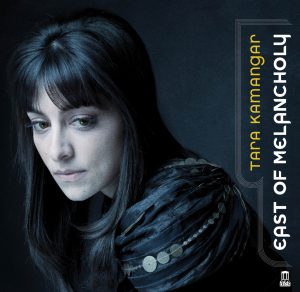 Piano Music from Russia to Iran

“The East was an Aladdin’s cave from which Russia drew endlessly… other melodies, other harmonies, a mixture of reserve and expansiveness. It was a land of dreams.” —Music Producer Marina Ilanova

Russia’s centuries-old geographic proximity to Muslim regions – historically regarded as part of the “orient” – has resulted in considerable cultural and artistic crossfertilization, particularly in the realm of music. Most Russian composers during (and since) the Romantic era have thus incorporated elements of what one could call “oriental exoticism” into their compositions. Captivating pianist Tara Kamangar – an American of Iranian descent – has made it her musical mission to explore such musical connections, specifically as they apply to the traditions of Iran and Russia.

In this, Tara’s first album for Delos, we hear illustrative examples in works by Glinka, Rachmaninoff, Shostakovich and Khachaturian. But her emphasis here is on the music of two fascinating 20th-Century Iranian composers whose work remains virtually unknown in the West: Aminollah Hossein and Loris Tjeknavorian. Tara’s virtuosity and flair for the musical traditions of her Iranian forbears combine to bring these works to thrilling and idiomatically true life.