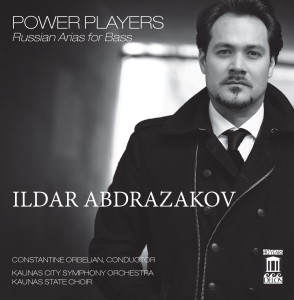 “… Best of all, though, was the sensational bass, Ildar Abdrazakov, who has just about everything – imposing sound, beautiful legato, oodles of finesse. I can’t remember when I last heard the role so magnificently sung.” —The Independent

The bass voice is more prominent in Russian opera than in other national styles, with basses often assigned the roles of men in positions of great authority and influence (i.e. kings, military heroes) – hence this album’s title, “Power Players.” Distinguished Russian bass ILDAR ABDRAZAKOV devoted his early years to Italian and French repertoire but has returned to his national operatic roots as his voice has deepened, making it supremely well-suited to the richer vocal sound called for by the great Russian roles.