Was Paulina Zamora’s Recording of Debussy’s 12 Études More than Coincidence? 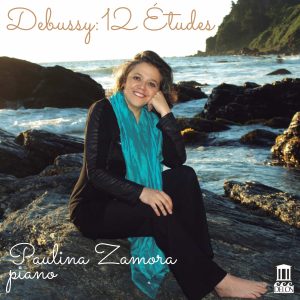 In July of 2016, it was my joyful privilege to visit the exact location where Debussy wrote the two books comprising his Douze Études. Pourville-Sur-Mer, on the coast of Normandy, is a small town that Nature itself has kept in pristine condition, still very much like Debussy himself would have experienced it. I felt I was breathing the air he breathed; I was smelling the same scents he smelled; I was looking at the same landscapes he loved so much; I was listening to the same sounds of nature he heard; I was mesmerized by the color of the sea, as he would have been; I marveled at the imposing height and intense colors of the cliffs; I was gazing at the same scenic beauties that inspired Monet’s paintings.

Was it really a coincidence that I spent those few days in this breathtaking place at the same time of year when Debussy was writing this masterpiece, a hundred-and-one years ago? Definitive experiences in one’s life are rarely planned to such perfection of purpose.

Immediately afterwards, I went to Paris to meet the Scottish pianist and musicologist Roy Howat, who specializes in French music. Thanks to his enchanting personality, amazing scholarly knowledge and endless generosity, I was able to immerse myself even more profoundly in the world of Debussy, his pianistic writing and the études themselves. With the last three authoritative editions and some of the original manuscripts in hand, we were able to compare key passages that deserved special attention, especially those that brought questionable notes to the table. Let’s not forget that Debussy wrote both books in the summer of 1915, between July 25th and September 29th. Debussy composed all twelve pieces in just over two months: a feat that is almost impossible to grasp considering the amount of music involved. Therefore, one could easily infer some inconsistencies in the music that deserved special attention. 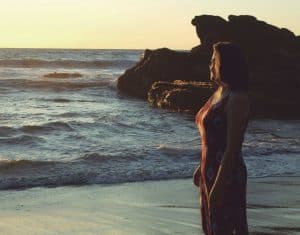 These two French episodes proved paramount to my decision to record the Douze Études the following October in the United States. And, although I had already spent fifteen years of my life working arduously on these pieces, I felt that my time in France empowered me to produce an even more authoritative CD.

During the recording process, I favored full takes for each étude, with as few edit points as possible — in fact, several pieces remain completely unedited. Not an easy task considering the extreme difficulty of these pieces, in terms of both their technical and overall sound production challenges. If the essential nature of a piece demands an authentic approach from us, we must try it at all costs.

Development of the étude genre actually began much earlier than music scholars initially concluded. Bach was already planting the seeds of what would become the traditional études of Bertini, Clementi, Cramer, Czerny and others. Half of the preludes in the first book of The Well-Tempered Clavier can be considered études, and Bach’s pedagogical orientation in most of his keyboard works is well known to us. We can therefore easily consider these early works as forerunners of the more traditional études of later times. Each prelude exploits two or three technical tools that are consistently developed throughout the piece, in keeping with the above composers’ concept of the étude genre.

During the Romantic period, the definition of the étude developed further, driven in part by the era’s concurrent development and refinement of the piano. The concise half-to-one-page études of Czerny had evolved into the lengthier and extremely difficult études of Chopin, Liszt and Rachmaninoff — in which the element of virtuosity is not the only important factor. Études were no longer merely dry and soulless finger exercises, but works of sophisticated pianistic art that demanded the expression of tonal colors, moods and emotions. Still, the Romantic-era étude retained the fundamental concept of exploring a few technical challenges within a framework of stylistically consistent piano writing.

With Debussy, we experience what seems to be yet another evolutionary approach to the étude: one that even further transcends the genre’s initial pedagogical purpose. In his hands, the étude has become a piece of music in which every single technical tool, old and new, is developed in such a way as to support and produce the very specific sound-world that the composer inhabits. Whatever the technical tool, Debussy used it to create sonic expressions and effects never before heard from the piano. Debussy was thus the undisputed pioneer in putting virtuosic elements in the service of generating novel sounds and fantastic new aural atmospheres: in all, a revolution in fostering fresh possibilities for the piano and its capacity to fit the needs of the composer.