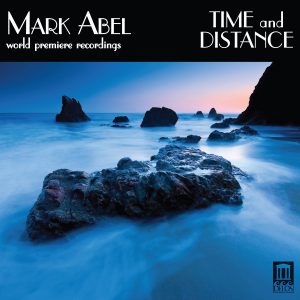 “The American composer Mark Abel—who has in the past devoted himself to rock music, then journalism—has since become one of the most interesting figures in American contemporary music.

This album presents him as a composer of art songs. The songs grew either out of his own texts, or also—as in the cycle “The Ocean of Forgiveness”—poetry by Joanne Regenhardt. All of the texts deal with actual societal issues (as in the song “The Benediction,” about a torn, divided America), though a few go as far back as Greek mythology. Abel succeeds in clothing such strong texts in equally strong, emotion-laden music. Accompaniments employ piano for the most part, though a few songs are further enhanced by percussion and organ. And much is done in such accompaniments to create atmospherically descriptive frameworks to the singing.

Both singers—soprano Hila Plitmann and mezzo-soprano Janelle DeStefano—perform Abel’s music with vocal bravura and much feeling, sensitively supported by Carol Rosenberger at the piano.