Delos Director Carol Rosenberger‘s upcoming memoir, To Play Again gets a review in Publisher’s Weekly! Learn more about the book at CarolRosenberger.com 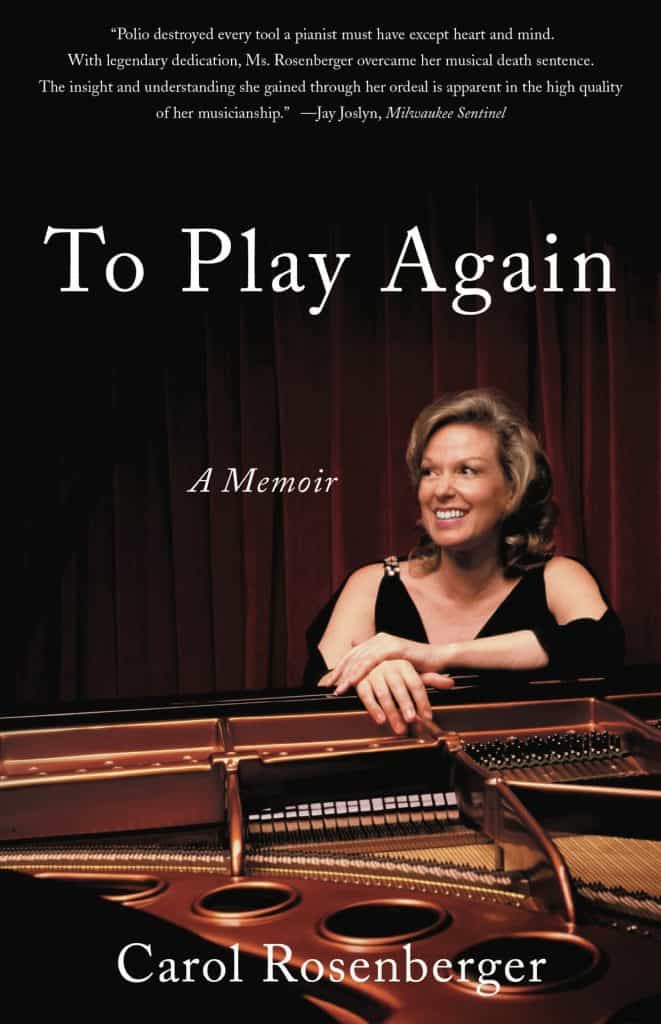 “In 1955, at age 21, [Carol] Rosenberger developed paralytic polio just as she was about to begin her life as a professional stage musician.… With tremendous effort and practice, Rosenberger came up with adaptive techniques that enabled her to perform; in [1964] she made her debut tour, performing throughout the U.S. and Europe.… Rosenberger has written a moving and at times heartbreaking chronicle of her achievements, offering inspiration and hope to those confronted with the seemingly insurmountable.”

Explore Carol Rosenberger’s new website for a look at the book, her career, recordings, and more!