“I believe it takes extraordinary bravery to speak from the heart, to shed unnecessary complexity and avoid opportunistic adherence to current trend. Kenji Bunch is one of very few composers alive today who has this courage.” — Pulitzer Prize-winning composer Kevin Puts

Kenji Bunch, one of today’s hottest composers, and the amazing musicians of the Alias chamber Ensemble present this uniquely engaging album: the first devoted entirely to Bunch’s music.

Much of Mr. Bunch’s music draws upon an exceptionally broad range of traditional American genres and styles. Whether it’s roots music like bluegrass, folk or the blues – or their more modern descendants like country, jazz and rock – he applies his classical training to these influences in such a way as to elevate them to higher levels of fresh, brain-teasing musical art that will grab – and captivate – the ears of a wide cross-section of new listeners who may be wary of classical music. At the same time, his creations offer levels of compositional sophistication and creative artistry that will keep classical fans fascinated, entertained and edified. The compositions here that reflect such influences are String Circle and Boiling Point.

The remaining pieces in this program are the pure products of Bunch’s musical imagination and creative impulse. These are inspired more by his personal (and universal) human experiences, perceptions and emotions: the surreal calm of natural phenomena like sleep and dreams (Drift); the multifaceted impressions and excitement of running the famous NYC marathon (26.2); or his elegiac response to the national tragedy of 9/11 (Luminaria). Kenji – himself an accomplished violist and seasoned bluegrass performer – has “… an uncanny feel for the dynamic of the concert hall” (again, according to composer Kevin Puts), giving him a sure knack for capturing and holding his audience’s interest in his compositions.

The Alias chamber Ensemble is still basking in the glow of their 2011 GRAMMY nomination in the “Best Small Ensemble Performance” category for their first CD: Hilos: the Music of Gabriela Lena Frank. A variable group consisting of up to ten performers on diverse instruments, the ensemble has an impressive record of nonprofit public service in their home community of nashville, where they offer their happy audiences a broad range of eclectic chamber music that cannot be heard anywhere else. Short bios of all the performers may be seen here.

The Music (All in World Premiere Recordings):

Mr. Bunch tells us that the following pieces are among his favorite and most deeply personal chamber works from the past decade. The following descriptions are modified and condensed from his own CD liner notes, which may be read in their original form here.

“String Circle (2006) was written for pairs of violins and violas plus cello, the title refers to the continuum of history and tradition that string instruments offer us. Our country is particularly rich in a variety of approaches to string playing, so each of the work’s five movements offers tribute to a particular idiom of American music. The first, Lowdown,” recalls the uniquely raw, driving music of odd-time Appalachian fiddling. A scherzo, “Shuffle Step,” follows, paying homage to Texas swing. “Ballad,” is based on the folk song “Wayfaring Stranger.” next comes “Porch Picking,” a second scherzo played entirely pizzicato. The work ends with “Overdrive,” a fast, furious dance that updates the musical influences from folk to funk.”

The Stuff of Dreams (and Loss)

“Drift (2006), subtitled “An Eventual Lullaby,” – for clarinet, viola and piano – is a memorial to compositional ideas that I “lost,” either because I never wrote them down or because they came to me as I was falling asleep. More generally, it’s a metaphor for the process of grief: the struggle with, and ultimate acceptance of loss. The vagaries of perception and memory underlie melodic material that gradually trails off into “dream music,” suggesting the surreal creativity of the unconscious mind, before reconciling the notion of letting memories gradually drift away.”

“26.2 (2012): As many runners know, 26.2 is the distance in miles of an official marathon – a distance my wife and I have run three times together. This work for horn and string trio depicts the first time we ran the legendary NYC marathon. The music begins as the sun rises to warm Staten Island’s pre-dawn chill and stir the conflicting mix of our pre-race emotions. After the start’s initial burst of energy, rapidly shifting passages evoke crowd noises and the many kinds of street music we encounter as we proceed through the different neighborhoods and ethnic enclaves along the course. After the inevitable struggles with pain and exhaustion, our mutual commitment to our goal and the crowd’s energy finally carry us across the finish line.”

“Luminaria (2001): As a post-9/11 volunteer performer at St. Paul’s chapel in lower Manhattan, playing soothing music daily for the relief of workers involved in the WTc cleanup, I was invited to present my own original music, but had nothing suitable at hand. Months later, I wrote this introspective, meditative work for harp and violin with that experience in mind. I drew inspiration from the Mexican/Pueblo tradition of luminaria: votive candles enclosed in colored paper wrappings. I sought to capture the fragile, tenuous combination of fire and paper; the intricate subtleties of a flickering flame within the simplicity of the glowing paper wrap, and the idea of an inner light still visible and illuminating to the outside world.”

Building Up to a Boil

“Boiling Point (2002): I was once the violist of the nurse Kaya String Quartet: a group of friends offering our original music for amplified string quartet with drums and bass in an experimental, post-classical context. Boiling Point was inspired by the disparate influences of comic book graphics, the music of Morton Feldman, and my whistling teakettle. The music is built in repeated cells, with rock-inflected grooves and dynamics that portray a teakettle’s contained and ultimately violent energy. The work – performed with a live teakettle on stage – lasts as long as it takes the water to boil.” 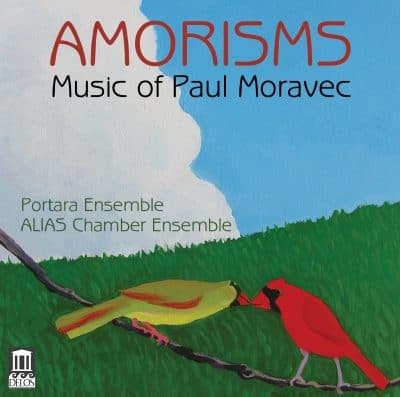