Available on DVD and Blu-Ray

“She is a wonder … a singer who posses the gift of heaven.” —Monserrat Caballé

Rising superstar soprano Dinara Alieva – a mainstay at the Bolshoi Opera since 2010 – has been entrancing opera and concert audiences throughout Europe and elsewhere ever since, appearing to consistent acclaim in major roles at many of the world’s top houses. This exciting and consistently delightful live concert video – following her highly successful prior CD release on Delos, Pace mio Dio (DE 3462) – showcases not only her voluptuous voice, interpretive power and stylistic versatility … but also (thanks to the visual element) her stunning glamor and charismatic stage presence.

The varied and highly appealing program encompasses operatic favorites from such composers as Charpentier, Massenet and Cilea – as well as lighter fare from the Spanish Zarzuela and the Viennese operetta traditions plus several beloved popular standards. Woven through the vocal program is a series of scintillating orchestral bonbons courtesy of conductor Constantine Orbelian (per Opera News, “…the singer’s dream collaborator) leading the superb Russian National Orchestra and the vaunted Grand Choir, “Masters of Choral Singing.” 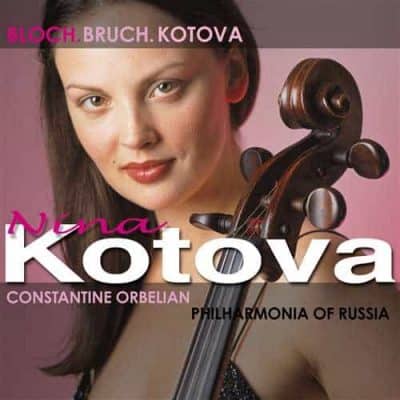