Gerald McBoing-Boing and Other Heroes

GERALD MCBOING-BOING AND OTHER HEROES

Everybody knows the story of Gerald McBoing-Boing, but not everyone knows it set to music and narrated by none other than Werner Klemperer. “Gerald” as everyone connected with Delos calls this disc, has remained one of our most popular Young People’s recordings.

“Your children will love this very witty and engaging disc… Fast-paced and clever, these stories are the ideal meeting of words and music – not only the zippy and appropriate scores, but also the sly insinuations and the vocal metamorphoses of the narrators…This is one Christmas present you won’t find broken underneath the tree by Dec. 26.” The Seattle Times

“I enjoyed this production thoroughly, due to the careful selection of material, the excellent narration, and the sophisticated music used throughout.” Fanfare

“The various personae which [Werner Klemperer] assumes in telling this tale are the work of a fine character actor. It’s a pity that several generations have known him only as Colonel Klink. This is music ‘for children’ at its very best.” The Sounding Board 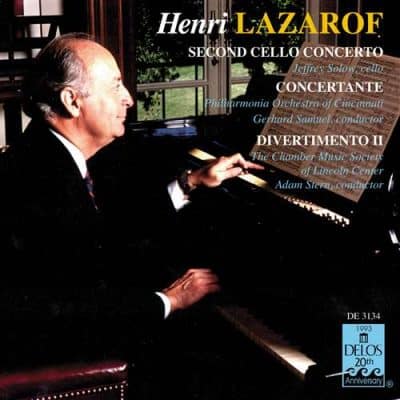