Delos is proud to present the much-anticipated solo debut album by Russian soprano Olga Guryakova, “one of the most exciting Russian sopranos to have emerged in recent years”(BBC Music Magazine). Joined by Constantine Orbelian and the Moscow Chamber Orchestra, Olga offers a rich and varied programme of Russian arias and romances. The 29-year-old Guryakova first appeared on Delos as Zemfira in Rachmaninoff’s rarely heard one-act opera, Aleko (DE 3269). For her first solo effort she explores a wide range of emotions, from Tatyana’s passionate outpouring in the Letter Scene from Tchaikovsky’s Eugene Onegin, and the soulful grief of Glinka’s Lyudmila, to the lyrical serenity of Rimsky-Korsakov’s Of What I Dream in the Quiet Night, and the delicacy of Rachmaninoff’s Lilacs. The extraordinary top-to-bottom evenness of her voice allows her every expressive freedom. She has the striking ability to communicate the very essence of an operatic character or the inner-most sentiments behind a song. Guryakova has been showered with critical praise around the world. Of her July 2000 performance of Maria in Tchaikovsky’s Mazeppa at Covent Garden with Gergiev, the London Times enthused, “we have witnessed the emergence of a new star. That final lullaby was sung with ravishing beauty and hushed control, matched by stage presence at once strong and delicate.

Typical of many Russian sopranos in the mezzo-like richness of her lower register, Guryakova stands out for the tonal depth and radiance of her singing.”In addition to return engagements at Covent Garden and La Scala, Guryakova has sung at the Vienna State Opera, the Opera Bastille, the Mariinsky (Kirov) Theater and in Turin, Frankfurt and Brussels. She made her Metropolitan Opera debut as Maria in Mazeppa, conducted by Valery Gergiev. Born in Novokuznetzk, Siberia, Guryakova is a graduate of the Moscow Conservatory, and is an alumna of Moscow’s Musical Theater. Among her honors are 1st prize in the 1996 Rimsky-Korsakov Competition in St. Petersburg and Moscow’s “Golden Mask”award in 1997 for her portrayal of Mimi in La Boheme. The latter performance also earned her the Journalists’ Prize.
Tchaikovsky Aria of the Kuma from The Enchantress; Tatyana’s Letter Scene from Eugene Onegin; Iolanta’s Arioso from Iolanta; Tell Me, what in the Shades of the Branches; If Only I Had Known; Does the Day Reign?; Final Scene from Eugene Onegin * Rimsky-Korsakov Of What I Dream in the Quiet Night; The Clouds Begin to Scatter Glinka Gorislava’s Aria from Ruslan and Lyudmila; Prokofiev Natasha’s Arioso from War and Peace; Rachmaninoff Twilight; How Long My Friend; Lilacs; Spring Waters; * with Andrei Baturkin, baritone 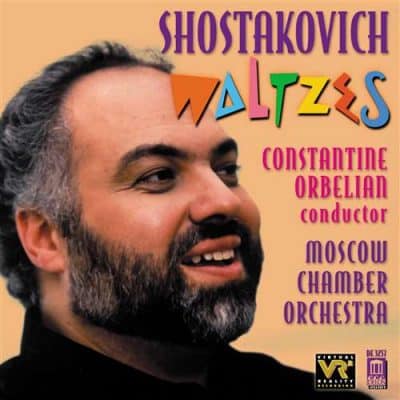