Five-Volume Series
Showcases First Complete Collection of Shostakovich Songs
Includes Numerous World Premiere Recordings
Delos presents the third release in its unparalleled Russian Vocal Series, Dmitri Shostakovich: Vocal Cycles of the Fifties. This first volume of a five CD collection that will be the first ever complete survey devoted to the composer’s songs offers a substantial amount of previously unrecorded material. Shostakovich’s vocal works were written during a turbulent and poignant time for the composer. The Communist Party Committee’s cataclysmic decree in 1948 forced him to write music accessible to the broad masses of working people, a devastating blow that he did not feel strong enough to resist. The result is a group of song cycles written in a simple and direct musical language, far from the complex and modern chamber and symphonic music for which Shostakovich was known, but that at the same time reveals a little-known facet of his genius.
Shostakovich’s song cycles are set to the extraordinary lyrics of three of Russia’s greatest poets – Pushkin, Lermontov and Dolmatovsky. Pushkin is represented by four unusually tragic and mournful “monologues” matched by the composer’s rather depressed and anxiety-laden music, written in 1952 towards the end of Stalin’s horrible regime. By contrast are Two Romances to Lyrics by M. Lermontov, Shostakovich’s only settings of the Russian poet known as a rebel romantic, a “Russian Lord Byron.” The heroic lyrics are offset by the well-measured and emotional restraint of the music which recalls the 19th vocal works of Rimsky-Korsakov, Borodin, Mussorgsky, and Balakirev. Shostakovich developed a friendship with Evgeny Dolmatovsky after a chance meeting on a Moscow – Leningrad train journey. The Four Songs, Op. 86, includes one of Russia’s most popular songs of the era, “Motherland Hears,” which for decades was a theme tune for the All Union Radio. It was also sung to a broadcast audience of millions by Yuri Gagarin during the first manned space flight. The simple, clear and touching “romances” based on five Dolmatovsky lyrical poems of love and friendship were influenced by Shostakovich’s second wife who had recognized the soft side of her husband’s character. In addition to addressing native folk themes in his songs, Shostakovich turned to other cultures popular in Russia at the time – those of Spain and Greece. Spanish Songs, Op. 100 were inspired by a soulful tape recording of a Spanish orphan, many of whom arrived in Moscow after the Communist resistance was defeated by Franco’s regime. Greek Songs reveal the composer’s sympathy with the heroes of the Greek resistance. Delos’ Russian Vocal Series is compiled by Yuri Serov, pianist and professor at the St. Petersburg Conservatory. Each installment in the series offers the complete songs of the composers represented. Also available are the first complete collection of Prokofiev’s Songs and Romances (DE 3275, 3 CDs), and the Complete Songs and Romances of Borodin (DE 3277).
Shostakovich:
Two Romances to Lyrics by M. Lermontov, Op. 84 (1950) * A Morning In The Caucasus – Ballad Natalia Buryukova, mezzo-soprano Four Songs to Lyrics by E. Dolmatovsky, Op. 86 (1951) * Motherland Hears – Rescue Me – Loves – Or Loves Not – Lullaby Victoria Evtodieva, soprano Four Monologues To Words By A. Pushkin, Op. 91 (1952) + A Fragment – What’s In My Name To You?… – In The Depth Of Siberian Mines… – Parting Fyodor Kuznetsov, bass Greek Songs (1952-1953) * Forward! (words by K. Palamas) – Penthosalis (Folk Song) – Zolongo (Folk Song) – The Hymn Of ELAS (words by S. Mavroidi-Papadaki) Mikhail Lukonin, baritone Five Songs to lyrics by E. Dolmatovsky, Op. 98 (1954) + The Day Of Meeting – The Day Of Declaration – The Day Of Grievances – The Day Of Joy – The Day Of Memories Fyodor Kuznetsov, bass Spanish Songs, Op. 100 (1956) + Farewell to Granada (Russian version by S. Bolotin) – Little Stars (Russian version by T. Sikorskaya) – First Time I Met You (Russian version by S. Bolotin) – Ronda (Russian version by T. Sikorskaya) – Black-Eyed Girl (Russian version by T. Sikorskaya) – Dream (Russian version by S. Bolotin and T. Sikorskaya) Mikhail Lukonin, baritone Yuri Serov, piano
* World-premiere recordings
+ First appearance on CD 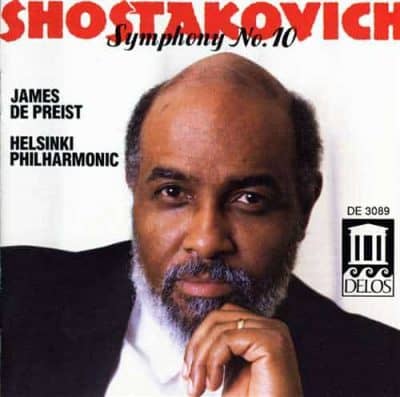 Shostakovich/Schnittke: Quintets for Piano and Strings 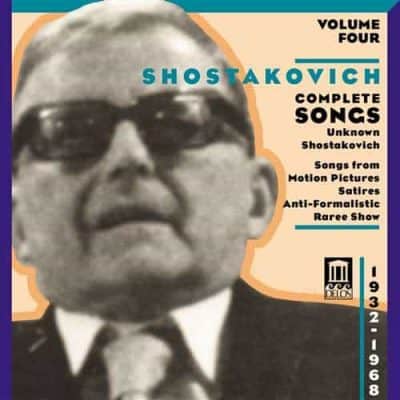