Showpieces & Encores features the MCO’s favorite short pieces, transcriptions and arrangements which they have shared with audiences the world over, on tour, as encores, at young people’s concerts and for numerous festive occasions. Showpieces & Encores is a cultural odyssey that explores an astonishing array of styles and highlights the individual talents of many of the MCO’s award-winning principal players, stepping out of the orchestra for a spectacular solo turn. Concertmaster Dmitry Khakhamov dazzles and delights in Piazzolla’s seductive Libertango, and displays breathtaking virtuosity in Viextemps “Yankee Doodle” variations, which always inspire inevitable laughter from the audience. Principal flutist Oleg Sergeev performs an astonishingly nimble Flight of the Bumblebee by Rimsky-Korsakov, and enchants in three settings of Russian folk songs by Finnish composer Helmer-Rayner Sinisalo. Principal violist Svetlana Stepchenko exhibits a flair for Gershwin with two popular songs, “Soon” and “Summertime,” arranged by her husband Vladimir Toporov, a fellow-violist in the MCO. As Svetlana likes to point out, this quintessentially American composer was the son of Russian immigrants! Principal cellist Alexander Zagorinsky flaunts his formidable technique in Karl Davidov’s At the Fountain, and reveals his romantic side in Rachmaninoff’s beautiful Vocalise. The musicians of the MCO come together under Orbelian for selections from two of the greatest suites for string orchestra, the “Prelude” from Grieg’s Holberg Suite and the “Waltz” from Tchaikovsky’s Serenade. They indulge in Frank Bridge’s “Valse-Intermezzo” from Paul Hindmarsh’s arrangement of Four Pieces for String Orchestra, revel in Shostakovich’s “Spanish Dance” from The Gadfly, and celebrate the folk tradition of their homeland with several soulful arrangements – The Moon is Shining, The Rush Light, and Five Armenian Folk Songs by Komitas the Cleric. For those lucky enough to have heard Constantine Orbelian and the Moscow Chamber Orchestra live in concert, Showpieces & Encores is a perfect memento of an unforgettable evening out. And if not, it serves as a fitting introduction to the collective virtuosity of one of the world’s greatest chamber ensembles and their brilliant conductor.
Program includes:
Grieg: Prelude from the Suite “From Holberg’s Time” Tchaikovsky: Waltz from Serenade for Strings The Moon is Shining (Russian Folk Song)  Sinisalo: 3 Pieces for Flute, Based on Russian Folk Songs The Rush Light (Russian Folk Song) Komitas: Five Armenian Folk Songs – Clouds – Festive Dance – The Plainsman – Vagarshapati Par (Folk Dance) – Spring Bridge: Valse-Intermezzo in E Minor from Four Pieces for String Orchestra Vieuxtemps: Souvenir d’Amerique, Variations on “Yankee Doodle” Gershwin: Summertime Gershwin: Soon Davidov: At the Fountain Rachmaninov: Vocalise Rimsky-Korsakov: Flight of the Bumblebee Shostakovich: Folk Festival (Spanish Dance) from The Gadfly Piazzolla: Libertango 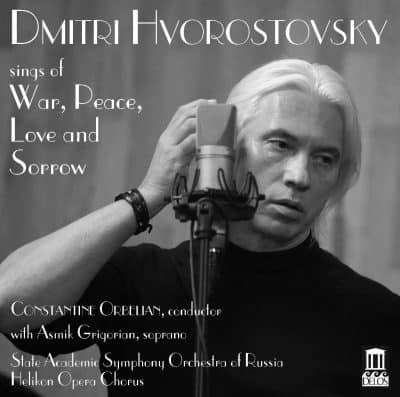