I was very lucky to attend a great public high school in New York City, Performing Arts. In some ways, the students were the most important aspect of the school. We were all passionate about music, dance or drama, and totally committed to growing as artists. Two of my closest friends during those high school years and beyond were Fred Miller and Kun Woo Paik. Fred was a wonderful oboist/ English horn player, and Kun Woo was a great pianist. Fred also had a wonderful entrepreneurial spirit and loved to reduce seemingly complex issues to simple ones. In those years, the late 1960s, the recording world was very complex with expensive multitrack recording equipment and fancy studios. The major companies had large production staffs as well. Fred thought he could produce great records with a fine two-track recorder and a good room. With that in mind, he created Harbinger records and asked some of his friends to make recordings of music they liked and wanted to record. 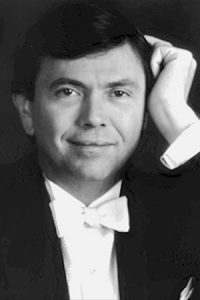 After high school Kun Woo and I attended Juilliard and played many recitals together for the Lincoln Center student programs. When Fred asked us to make a record for his new label, we chose some of the music we had been doing on those recitals. Fred had a Revox two-track recorder, hired the hall at the New School on 12th Street in Manhattan, tuned the piano, and we made this recording. When I asked Fred recently who did the editing of the recording, he told me it was Joanna Nickrenz. That must have been the first time Joanna and I worked on a project together, as years later, she produced many of my early Delos recordings. Fred produced eight wonderful recordings with Harbinger, but marketing and distribution were a very different task. In the end, Harbinger lasted only until just after the release of The French Influence.

When I listen to this recording, it not only brings back wonderful memories of Fred and Kun Woo, but I thoroughly enjoy this charming music. I am so grateful to my dear friend Carol Rosenberger for allowing it to be heard again.

The Gerard Schwarz Collection on Spotify: