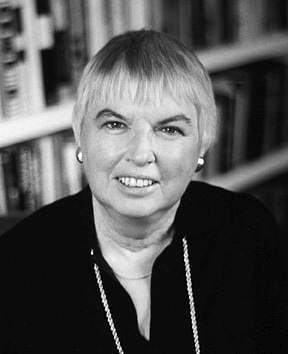 … On what would’ve been her 97th birthday. Amelia – Delos’s founder and longtime General Director – was (and remains) a legendary figure in the classical recording business. A true “Renaissance woman,” her warmth, artistic insights and lifelong love of great music will forever remain with those of us who were blessed to know and work with her. Her legacy – embodied in the many hundreds of recordings that she produced – still resounds everywhere in the world of classical music. Every recording we make – almost a decade after her passing – is still inspired and guided by her pioneering spirit and deep love for the countless artists she championed.

So we at Delos couldn’t help but reflect on what a remarkable year that 2016 is shaping up to be for us – and how thrilled and proud Amelia would be that this year marked Delos’s first full-length contemporary opera release on CD: Mark Abel’s magnum opus, Home is a Harbor (DE 3495). Amelia was ever a tireless supporter of social issues, several of which are explored in this work. And then there’s our first-ever full-length major repertoire opera (Puccini’s La Rondine) on DVD and Blu-ray (DVs 7010 and 7011).

Another distinguished upcoming 2016 (September) release that would’ve pleased Amelia no end is Allegro io son (DE 3515) – a collection of Bel canto arias. These are spectacularly sung by the great African-American tenor Lawrence Brownlee, whose previous release on Delos (Virtuoso Rossini arias – DE 3455) garnered a Grammy nomination. Amelia adored tenors (she was married to one) and was an ardent champion of black artists.

Finally, there’s Songs of War, Peace, Love and Sorrow (DE 3517) by revered Russian baritone Dmitri Hvorostovsky, for whom Amelia harbored particular love and respect. And he returned her devotion: not long after she passed, Dmitri – in the booklet of his album Heroes and Villains (DE 3365) – had this to say:

“I loved Amelia and love her still … I am honored to dedicate this album to Amelia.”

And Delos’s resident maestro, Constantine Orbelian – who conducted the music in the latter two of the 2016 releases cited above – added:

“…Amelia’s greatest joy was to be around her beloved artists and the music they made. So Amelia, this is for you! Missing you always…”

So, happy birthday, Amelia! Every one of us at Delos – and the legion of great artists who worked with you – are also “missing you always.”