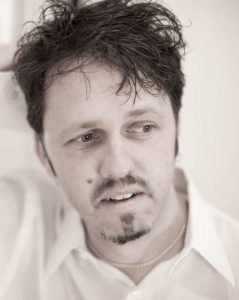 I write this from a JFK terminal bar, awaiting my flight to Heathrow via Dublin. It occurs to me that I haven’t been to Ireland – which happens to be my ancestral home and which I’ve visited five times – in 12 years. Back in the 90s the Celtic Tiger couldn’t seem to be tamed. Alas, my visit this time will consist of a bleary-eyed few minutes at 6AM.

I travel a lot for work and I always find it very difficult to say goodbye to my family – Catherine and Shannon, especially when going on a trip that may actually be more pleasure than work. My son is getting so big; even a weeklong trip sees major changes in an 8-year-old. I’m grateful for my wife who keeps the homefires burning constantly, despite her extremely busy professional life.

The reason for my trip to London is for the UK premiere of one of my most challenging works for piano, Cursive. I’m honored that the exceptionally talented pianist Klara Min decided to place it on her program for what is her – as well as my – Wigmore Hall debut.

Wigmore is without question the most storied chamber music hall in London if not all of Britain. Formerly Bechstein Hall, the intimate venue opened in 1901 with a recital by Ferruccio Busoni and Eugene Ysaye. Since then it has hosted tens of thousands of concerts from newcomers to the biggest stars. My last visit there was for the Naxos 20th anniversary.

I first met Klara a few years ago through mutual friends and I’m truly excited to work with her, and much more so since our rehearsals in the basement of New York’s Steinway Hall. She has made two exceptional recordings: one on Naxos of piano music from Korea and a brand new release on Delos of Chopin Mazurkas, which is tremendous. I’m also honored to share the program with the Polish master, as well as with Schumann, whose music I’ve once again explored after visiting Leipzig last November.

Cursive was commissioned and premiered by Xiayin Wang at Lincoln Center’s Avery Fisher Hall, and recorded by Philip Edward Fisher which will be released later this year.

Barring delays I will land and head to the Clerkenwell home of my good friends Gail and Mark. I plan on spending the day visiting, preparing for a busy week, and perhaps catching Evensong, the Anglican evening prayer, somewhere, perhaps St. Paul’s.

I also plan to honor the memory of Peter Moss, killed nearly three years ago, and one of my closest friends. Not a day goes by where I don’t think of him. He would have been at Wigmore with a brace of music for me to check out and a mile-long itinerary of recent travels and articles that he penned. It seems unreal to even recollect that my most intrepid and original friend was killed in Marrakesh, after recovering from a heart attack, by a bomb planted near him in a café. Inasmuch as I have any say in these things, Klara’s performance of my work is dedicated to my dear friend. 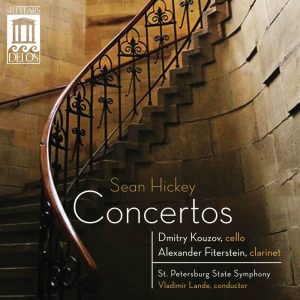