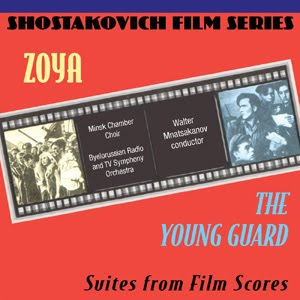 In its heyday in the 1990s, Constantine Orbelian’s Russian Disc label offered many unique and highly prized recordings of Russian repertoire. Among the most successful were four programs of Shostakovich film scores. Although the Russian Disc label closed its doors in the late ’90s, a number of RD titles are still sought-after; and even used copies have escalated in price. In 2010, Delos is re-releasing all four of the Shostakovich Suites from Film Scores recordings, starting with this disc and following with the other three series titles slated for the Spring and Summer of 2010.

Shostakovich is regarded as a pioneer of Soviet film music, and wrote scores for 30 films between 1929 and 1971. Annotator Maya Pritsker points out that in every one of his film scores, Shostakovich “remained a great symphonist, dedicated mostly to the dramatic and expressive… He preferred recreating and evoking emotions to merely making colorful sound pictures.”