Musical America has officially announced Sondra Radvanovsky as their 2018 Vocalist of the Year! 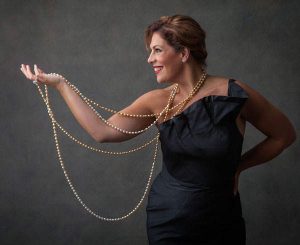 “She is the Norma of our time. Last season at Lyric Opera of Chicago, her voice soared and swirled effortlessly through Bellini’s vocal ornaments, becoming an implacable force, a bone-chilling, tidal wave of fury as the high priestess ordered her people into battle. Opera is an art, not a competitive sport. But every field of human endeavor has its thoroughbreds and frontrunners, and in the opera world American soprano Sondra Radvanovsky belongs to that elite pack. In 2015-16, already acclaimed as one of her era’s great Verdi sopranos, she achieved a singular feat in the bel canto realm. Singing all three of Donizetti’s beleaguered British queens—Ann Boleyn, Mary Stuart, and Elizabeth I—to great acclaim in a single season at the Metropolitan Opera, she scored a kind of operatic Triple Crown.”

See the full announcement on MusicalAmerica.com