The Horse with the Lavender Eye – Stephen Hartke 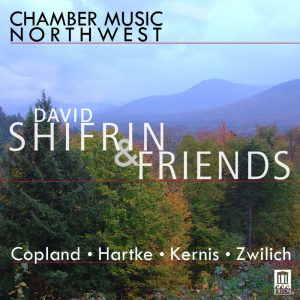 Stephen Hartke was born in Orange, New Jersey. Raised in New York City, he cut his musical teeth as a professional choirboy, becoming familiar with the great Medieval and Renaissance composers, among others. After completing his undergraduate studies at Yale, he worked mainly with George Crumb and George Rochberg
during his master’s degree studies at the University of Pennsylvania before earning his doctorate from the University of California at Santa Barbara. He taught at the University of Sao Paulo, Brazil in 1984-1985 as a Fulbright scholar, and has also served on the faculties of the College of Creative Studies at UC Santa Barbara, and the University of Southern California in Los Angeles. He has received many of the most prestigious awards, grants, residencies and competition wins – both in the U.S. and abroad. As a composer, Hartke has developed a highly personal style that tends to shun the excesses of avant-garde movements and also avoids the lush textures and cinematic effects of neo-romanticism. He seeks to create music that reflects his own experience as a listener, as if he is part of the audience.

Hartke at first declined to reveal the origin of the title to his The Horse with the Lavender Eye (commissioned by the Chamber Music Society of Lincoln Center), claiming that it was “sort of a secret” – but later admitted that it comes from “The Merry-go-round Broke Down,” a Daffy Duck song from an old Looney Tunes cartoon.

He has described the work as follows: “I’ve always been fascinated by non-sequiturs, and the way that sense can suddenly appear out of nonsense. I also find imagery derived from words and pictures to be a great stimulus to my musical thinking, even if the relationships between the images I seize upon are not necessarily obvious or logical. The sources for the movement titles of this trio are quite disparate, ranging from Carlo Goldoni to Japanese court music to the cartoonist R. Crumb, as well as 19th-century Brazilian novelist Machado de Assis and Looney Tunes – a bewildering array of references, to be sure, but one that somehow whets my musical appetite.

“Here are examples of just how: the ancient Japanese court, borrowing from the Chinese, was divided into left and right sides with ministries and music specific to each. The image of this official “music of the left” suggested, first, the rather ceremonial character of my trio’s first movement, and also its technical quirk: all three instruments are to be played by the left hand alone. In the second movement, the title of Carlo Goldoni’s play, The Servant of Two Masters, seemed to me an apt description of the performance dynamic involved in this particular combination of instruments, where the piano – in somewhat of a frenzy – serves alternately as the accompaniment to the clarinet while the violin clamors for attention, and vice versa. The third movement was suggested by a very short chapter in Machado de Assis’ novel Dom Casmurro, wherein the narrator, observing that his story seems to be waltzing at the abyss of final catastrophe, seeks to reassure his reader (falsely, as it turns out) by saying: ‘Don’t worry, dear, I’ll wheel about.’ For the finale, I had in mind a panel from one of R. Crumb’s underground comics of the late 1960s showing a character dashing about in an apocalyptic frenzy, shouting, among other things, ‘Cancel my rumba lesson!’ The connective thread of all these images began to dawn on me only in the midst of composing the work: all the movements have to do in one way or another with a sense of being off-balance – playing music with only one side of the body; being caught between insistent and conflicting demands; dancing dangerously close to a precipice, and only narrowly avoiding tumbling in; and, finally, not really being able to dance the rumba at all. Nonetheless, in the very end (the rumba lesson having been canceled, I suppose), a sense of calm and equilibrium comes to prevail.”