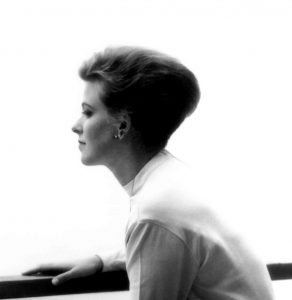 “Ravishing, elegant pianism” wrote The New York Times of American pianist Carol Rosenberger, who continues to attract an international audience as she brings her special blend of refined virtuosity and poetically compelling interpretations to both traditional and contemporary repertoire. “Eloquent and sensitive playing” wrote The Times of London, while that city’s Daily Telegraph commented: “Her playing was alive to every fleeting sense impression, yet intellectually commanding. These were ideal performances.”

Since the 1970 debut tour that elicited such comment in New York, Boston, London, Paris, Vienna, Berlin and other capitals, Carol’s distinguished recital programs and guest appearances with orchestras have carried her to most major European and American cities. Concert appearances over the past few years include New York’s Town Hall, Philharmonic Hall and the Great Hall of the Tchaikovsky Conservatory in Moscow, Peter the Great’s Palace in St. Petersburg, Italy’s Rossini Opera House, and tours of Scandinavia and the U.S., with the Moscow Chamber Orchestra under Constantine Orbelian. 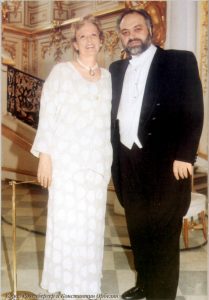 Carol Rosenberger and Constantine Orbelian after a concert in St. Petersburg

Over 30 recordings on the Delos label have extended Carol Rosenberger’s individual vision to a wide range of piano repertoire. Her recording of Howard Hanson’s Fantasy Variations on a Theme of Youth, with Gerard Schwarz and the New York Chamber Symphony, brought her a 1991 Grammy Nomination for Best Performance, Soloist with Orchestra. Rosenberger and Schwarz followed this recording with the rarely-heard Hanson Piano Concerto with the Seattle Symphony. Together with Constantine Orbelian and the Moscow Chamber Orchestra, Carol has recorded the premiere of Frank Bridge’s Chamber Concerto for Piano and String Orchestra (arr. C. Orbelian), an arrangement of the Quintet (1912).

Carol’s celebrated series of concept-recordings began with Water Music of the Impressionists, which was selected by Stereo Review as one of the 25 Best Classical Compact Discs of all time, by Gramophone as a Recording of the Year, and by Billboard as an All-time Great Recording. The Impressionistic Night Moods was the successful sequel, and a second water-music disc, Singing on the Water, included Barcarolles written especially for the album by Sir Richard Rodney Bennett and American composer David Diamond. 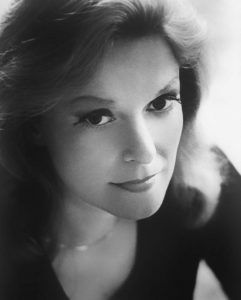 Together with label founder and co-producer Amelia Haygood, Carol led the way into another area of concept recordings with the 1989 release of her Perchance to Dream, Lullabys for Children and Adults. One of the first classical CDs designed primarily for young people, Perchance struck a responsive chord with all ages. The American Record Guide called it “a splendid disc, to be treasured by young and old, and Fanfare commented that it is “the perfect gift among recordings for introducing a child to the intimacies and universality of music.” Subsequent albums of relaxing piano music were Reverie, and Such Stuff as Dreams, the latter a lullaby album including themes from three major works of Mozart, Schubert and Beethoven heard in their entirety on a companion disc. She has also appeared as soloist on two orchestral CDs designed to be relaxing in nature: with Constantine Orbelian and the Moscow Chamber Orchestra in Mozart Adagios, and with James DePreist and the Monte Carlo Philharmonic in A French Romance.

Together with Amelia, Carol co-produced the Delos Music for Young People Series. As producer of special recording projects combining music and narration, Carol has worked with such distinguished narrators as James Earl Jones, Michael York and Natalia Makarova. She also wrote the script for Makarova’s narrated version of Stravinsky’s The Firebird, a recording that won the American Library Association’s “Notable Recording” award. 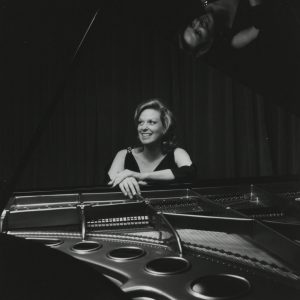 Carol’s affinity for the late works of Beethoven and Schubert resulted in highly acclaimed recordings of the Beethoven Sonatas Op. 111 and 57, and the Schubert Sonata in B-flat, together with the Impromptus Op. 90. Her contribution to the performance of 20th Century music is reflected in her recordings of the Hindemith Four Temperaments with James DePreist and the Royal Philharmonic, and an all-Szymanowski disc, including the Masques, a group of Mazurkas, and the Etudes op. 4 and op. 33.

Carol’s recording of the Haydn D Major Concerto with Gerard Schwarz and the Scottish Chamber Orchestra was called “the best recording of that work now available” by American Record Guide, and the subsequent recording of the Haydn G Major Concerto with the same collaborators brought to light another rarely-heard work. With the London Symphony, Rosenberger and Schwarz recorded the Falla Nights in the Gardens of Spain and the Beethoven Concerto No. 4; with the Seattle Symphony they recorded the Strauss Burleske, and with the Los Angeles Chamber Orchestra the Shostakovich First Piano Concerto.

Born in Detroit, Michigan, Carol studied in the U.S. with Webster Aitken and Katja Andy; in Paris with the legendary Nadia Boulanger; and in Vienna with harpsichordist/ Baroque scholar Eta Harich-Schneider and Schenker theorist Franz Eibner. She has been the subject of articles in many of the nation’s leading newspapers and magazines, and in 1976 was chosen to represent America’s women concert artists by the President’s National Commission on the Observance of International Women’s Year. She has been on the faculties of the University of Southern California, California State University Northridge and Immaculate Heart College. She has given performance workshops for young musicians on campuses nationwide. 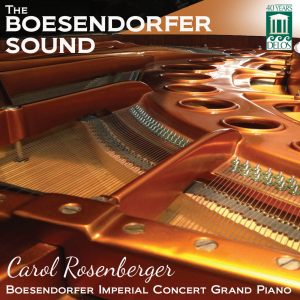 Carol has given numerous benefit performances for physical rehabilitation programs, an effort motivated by her own experience. Her official debut was delayed ten years by an attack of paralytic polio at the outset of her career. The disease damaged most severely the very muscles needed for piano playing. Carol spent those ten years of seclusion and rehabilitation partly in Vienna, studying Baroque style and theory at the Academy, and absorbing German lieder, opera, instrumental music and literature. 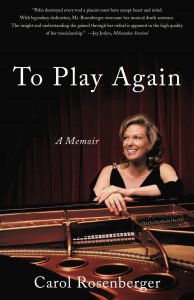 Upon Carol’s return to the concert stage, not even her management knew, at the beginning, about her long ordeal. As her story became known, she proved to be an inspiration to many. She feels that her successful struggle to overcome all traces of polio taught her a great deal that she has been able to pass on to others. She has taught workshops at USC and other universities, in the wide-ranging area of physical and psychological preparation for performance. Carol’s new book, “To Play Again — A Memoir of Musical Survival” tells her remarkable story. Jim Svejda of KUSC Radio comments, “In addition to being one of the finest pianists of her generation, Carol Rosenberger is also one of the most eloquent—as her new book triumphantly attests. Hers is an important and inspiring story and she tells it superbly.” The book will be released in April 2018. 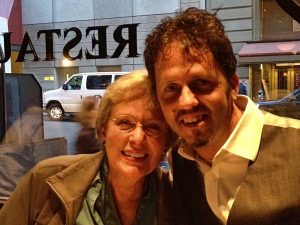 In an enthusiastic review of a Rosenberger recital at Carnegie Hall, Mark Kanny, then Music Editor of FM Guide, had his own response to the artist/person he heard that night: “Her performances have an unforced quality that has nothing to do with lack of energy. Rather her playing draws on an inner calm. One hears this too when she talks about the problems of a woman pianist, or about the need for a more engaging concert format…she has retained her humanity; her name is worth remembering.”

Since the death of Delos founder Amelia Haygood in 2007, Carol has taken on a larger responsibility for the label, and is now its Director. She and Constantine Orbelian have extended their musical collaborations to label activity, since Constantine is now the international A&R Director for Delos.