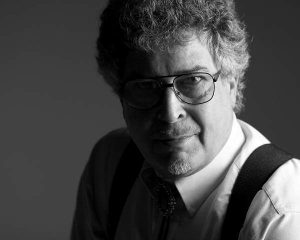 A native and current resident of Charleston, SC, Lindsay grew up as an “army brat”. He cut his musical teeth in Vienna, Austria, where he studied piano and voice in his early teens while attending countless concerts and operas featuring several of the world’s finest ensembles as well as many of the world’s most famous vocal and instrumental artists. A Citadel graduate, he earned advanced degrees in German studies and International Government, and rose to the rank of Major in the US Army. He honed his writing skills as a top-level Pentagon intelligence and foreign affairs analyst, serving the nation’s highest federal policymakers.

A lifelong choral singer and occasional soloist, Lindsay has performed most recently with the Charleston Symphony Chorus and in Spoleto USA Festivals, augmenting the Westminster Choir; he also served Charleston’s historic St. Michael’s Church for 15 years as bass section leader, and continues to sing semi-professionally. For ten years, he managed the Southeast’s largest commercial collection of classical CDs at Charleston’s main music store, where he also hosted a popular weekly classical concert series and gave occasional vocal and piano recitals.

Now a full-time freelance classical music journalist, Lindsay continues to write articles and concert reviews for various publications, to include comprehensive coverage of the Spoleto USA festival’s classical events and CD reviews for American Record Guide. He has written concert program notes for venues like Carnegie Hall and the Kennedy Center. He now spends most of his time crafting liner notes and editing booklets for Delos, serving also as the company’s General Manager. His other passions and pursuits include environmental advocacy, piano playing, gardening, jewelry design and great literature.