A Tribute to Amelia 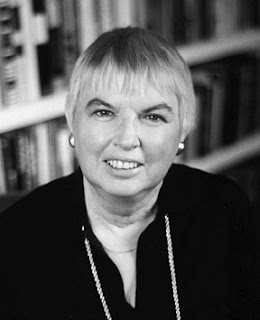 “Greek mythology tells us that Apollo set out from the island of Delos every morning with his lyre in hand, bringing light, music and healing to the world. We at Delos International share the awareness that our world needs the balm of music.” Amelia S. Haygood, President and founder

Amelia S. Haygood (1919-2007), who died three years ago this month at the age of 87, was one of the most respected names in the classical recording industry. Founder and president of Delos, she was a leader in the industry for much of the label’s history. As the guiding force behind Delos, Amelia maintained standard-setting quality in artistic excellence, integration of new technology, innovative presentation, and careful attention to every aspect of production.

Amelia Haygood was a leader in digital recording beginning in 1979, working closely with inventor Thomas Stockham and his prototype Soundstream digital recording process. Her company was the first independent label to sell its CDs in the US. Delos’s Director of Recording, John Eargle, received the Grammy Award for Sound Engineering in 2001. Virtually every major audio publication worldwide has recognized Delos as the highest achievement in quality recording.

Amelia produced recordings with some of the most honored names in the classical music field: Eugene Ormandy and the Philadelphia Orchestra, Janos Starker, Jean Pierre Rampal, Arleen Auger, Dmitri Hvorostovsky, Andrew Litton, Zdenek Macal, James DePreist, Constantine Orbelian Gerard Schwarz, Olga Guryakova, Marina Domashenko and numerous others. Delos is respected worldwide both for its excellent recording of established names and its discoveries of rising talents. Amelia and her company initiated significant trends in the classical music industry, among them the Great American Composers Series, Family Classics Series, and classical mood discs such as Carol Rosenberger’s Perchance to Dream – Lullabies for Children and Adults. Delos’s “BabyNeeds” series was welcomed worldwide as the first and finest series ever produced for the very young.

Amelia Da Costa Stone Haygood was born in Gainesville, Florida. Her mother’s side of the family goes back to the original Spanish settlers of Florida. Her father, who came from a family of doctors, left a judgeship to join the law faculty of the University of Florida. Amelia grew up with an intense love for music, especially opera and art songs. She and her younger brother, often together with their father, would listen to opera broadcasts and old recordings of the “golden age” singers by the hour.

The young Amelia’s interest in languages and international relations took her to Paris to study at the Sorbonne when she was 16. While in Europe, she wrote
articles for her home town newspaper encouraging Americans to look beyond their then-isolationist point of view just before the beginning of World War II. Back in the U.S., after majoring in history and international law, she went to
Washington, D.C. to work for the U.S. State Department, where she became Editor and Director of Publications for the State Department Interdepartmental Committee for Cultural and Scientific Cooperation.

Leaving Washington to marry J. Douglas Haygood, a clinical psychologist then
practicing in Cleveland, Amelia initiated, for the International YWCA, a
women’s program designed to develop interests outside of the home, especially in public affairs. Amelia’s interest and skill as a therapist began to emerge, and she went back to school to do graduate work in medicine and clinical psychology, eventually going into practice with her husband in Beverly Hills, California.

In the medical setting, Amelia worked in the Veteran’s Administration for four years, developing programs for pre-and post-operative patients and contributing to research and publication in the fields of spinal cord injury and neurosurgery. After the death of her husband, Amelia left private practice to become psychological consultant to the Los Angeles County Probation Department, developing a successful pilot treatment program for juvenile offenders and their families, and conducting workshops for professionals in the field of family treatment.

In the early 1970s, after seeing a close friend through a long terminal
illness, Amelia felt she had reached a crossroads, and catalytic change was taking place. Her lifelong passion for music, her interest in musicians, recordings and hi-fi, as well as her graduate study of psychoacoustics and the physics of music, merged in a new life direction. Long a friend of a number of American concert artists, Amelia had become increasingly disappointed in the lack of recording opportunities for these fine artists. It occurred to her that providing an international platform for outstanding American artists and musical groups could be a worthy mission.

In 1973, Delos was born. She named her company after the birthplace of the Sun god Apollo, who brought music and healing to the world, elements Amelia Haygood always felt to be closely connected with each other and with her own life. Believing as she did that music had the immense power to reach and heal people, Delos was a natural extension of the work she already had been doing for decades in psychotherapy and family counseling.

It was a whole new life for this remarkable woman in the 34 years she led Delos. She consistently kept her company on the leading edge of developments in sound recording, working closely with pioneers in the field, and initiating trends in the industry. Until the last months of a 12-year battle with cancer, Amelia remained Executive Producer of all recording projects, maintaining artistic and quality control through the various stages of recording, post-production, manufacture and packaging. One of Amelia’s greatest joys was to share the enthusiasms and activities of her younger staff. Her intense interest in people, and her vast experience in communicating with people from all walks of life and cultural backgrounds, gave Delos a unique perspective and direction.

Yesterday I got the sad news that one of my genuine heroes passed away on Monday.

Not a company that releases the latest useless Beethoven Symphony recording by the latest hot young conductor, but a record company that always seemed to record things that its founder, Amelia Haygood, simply wanted to hear. And she did it with guts and intelligence and taste, and just an absolute stubborn refusal to do anything by half measures, or to do anything that even began to smack of the routine or the mediocre.

Over the years I had the honor of writing the liner notes for a number of Delos recordings; and after the first one or two of those I stopped asking Amelia “OK, so what are these notes for.” I didn’t need to ask. I knew that if Amelia was bringing something out it was going to be a recording of the highest possible quality, not only in terms o
f the performance but the recorded sound. And it was going to be immensely interesting and worth hearing, for the simple reason that Amelia Haygood and Delos never brought out anything that wasn’t. That’s the kind of recording company it was and remains.

The music heard tonight — in memory of Amelia Haygood, the founder and president of Delos Records… To Carol Rosenberger and all our friends at Delos, from all their friends at Classical KUSC, our deepest condolences.